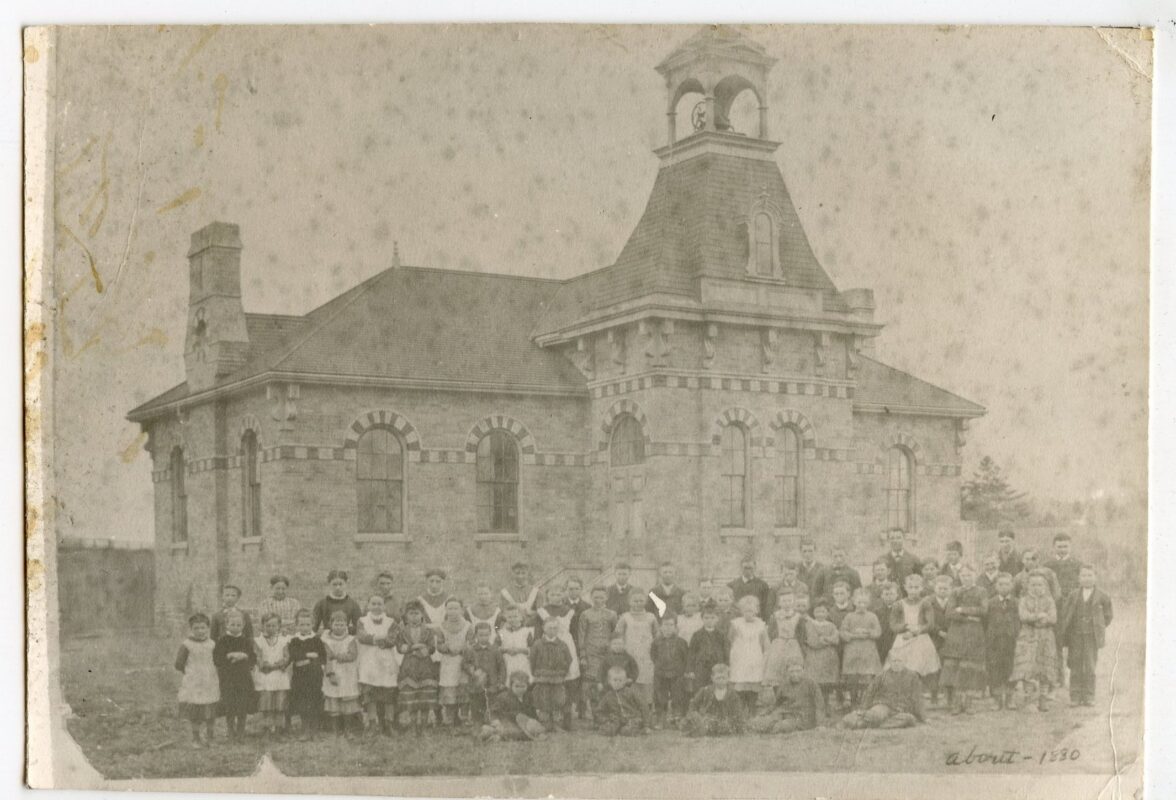 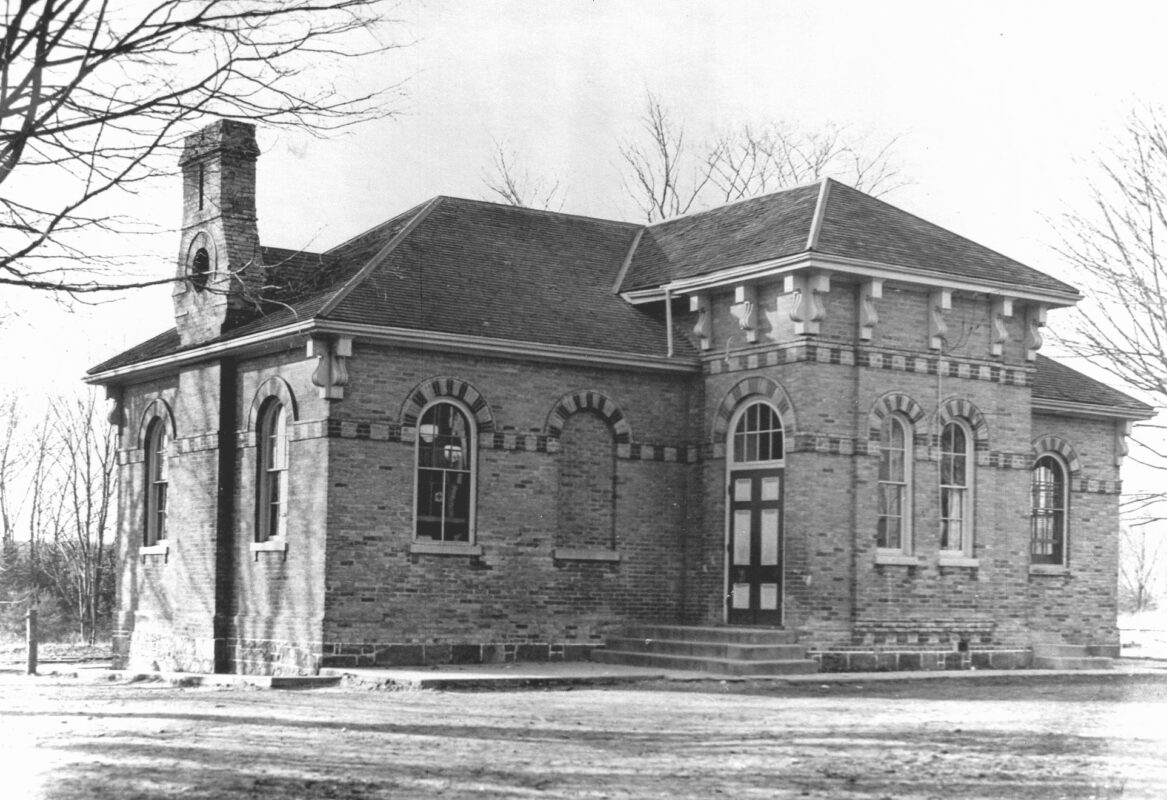 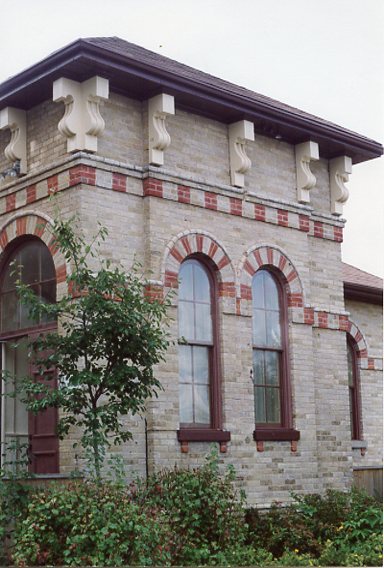 Union School #5, now known as the Thornton-Dundee Community Centre, is located on the south west corner of Thornton Road North and Adelaide Avenue in Oshawa. Built in c. 1880, the school is named after Dr. Robert Hill Thornton, an ordained minister, sent from Scotland to preach in Canada as a missionary from Toronto to Cobourg, who served as a local inspector of schools. It replaced the original wooden school structure, built around 1835.

The first teacher at Union School #5 was Mr. Sowerby. Originally, the school was composed of one large room with a smaller room attached at the rear. In 1967, in her unpublished manuscript, Olive French described this school as follows:

“The blackboards were at first of wood, later changed to slate.  The seats were all double and graded in size.  The floors were of rough wood and the children often stubbed their toes on the big knots.  It was heated by a big stove until 1901 when a furnace was put in the south room.  Later, in the mid-1920s, the cellar was excavated and the furnace put there.”

There was no ventilation and the recommendation was made to build a new building.

The Home & School Association was formed in 1936 to attend to the decrepit structure. The Association saw the installation of gasoline lamps, provided learning materials to students and teachers, and organized social events such as euchre parties, plays and square dances.

Union School #5 closed its doors in 1954. The flag, trophies, etc., were sent to the Dr. Thornton School on Garrard Road in Whitby. Two years later, the building was renamed the Thornton Community Centre and eventually the Thornton-Dundee Community Centre. The building underwent major renovations in 1998 and serves the surrounding community today as a meeting facility.

Architecturally, the building is an example of the Second Empire style, which was popularized by the federal Department of Works in the 1870s and 1880s. The building features yellow brick with detailing in red brick, a three part façade, rounded arched windows and doors, bracketed eaves and a decorative belt course.

On February 15, 1999, following a recommendation from Heritage Oshawa, the Thornton-Dundee Community Centre received designation as an historical property in Oshawa under the Ontario Heritage Act, based on its historical and architectural significance. 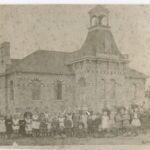 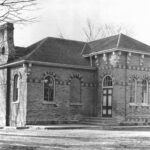 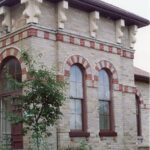