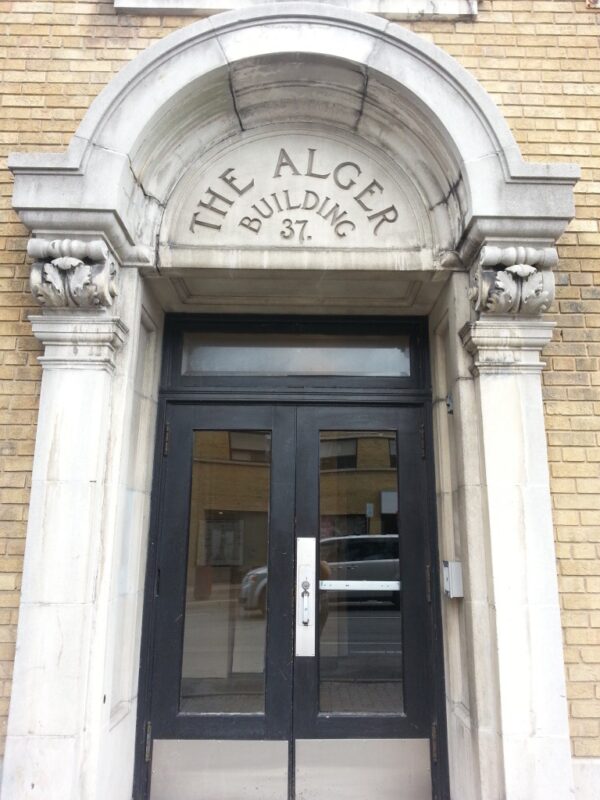 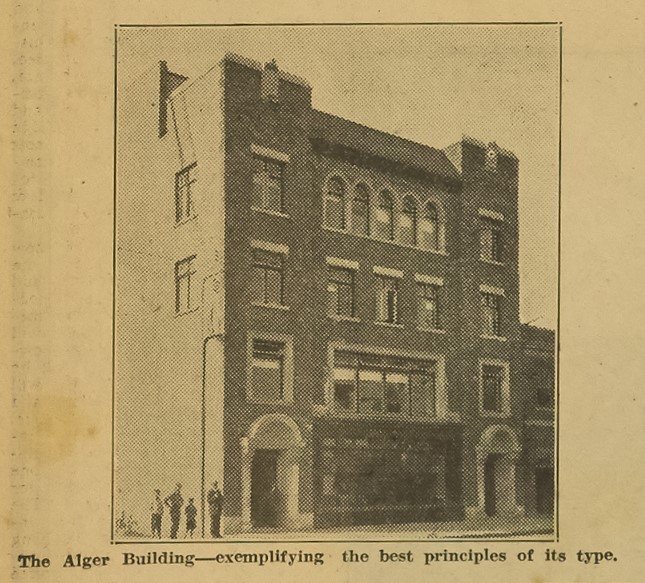 The Alger Press was established in the early 1900s when Ora M. Alger began publishing a newspaper in Oxford County.  In 1919, Alger left Tweed (where he was subsequently publishing), and moved to Oshawa.  He purchased a small parcel of land across from the Oshawa Post Office on King Street East and constructed a two storey plant.

This new business focused on commercial printing.  However, Alger soon returned to newspaper publishing and began the Oshawa Telegram.  The newspaper was a success, switching from a weekly to a daily newspaper, Oshawa’s first daily newspaper.  In 1926 however, the commercial business was so successful that Alger decided to sell the newspaper holdings to Charles Mundy and Arthur Alloway, partners in The Ontario Reformer, and focus solely on commercial printing. The 1926 Directory shows the Alger Press located at 35 King Street. Not long after, the company faced a setback when a fire destroyed the building.  A new building was constructed a block away, and on the old site, a four storey office building, the Alger Building, was constructed. It opened in 1928.

The new four storey building was designed by NA Armstrong Company, Limited of Toronto and built by AE Spooner, Renfrew. At the time of opening, the ground floor and basement were designed and equipped for restaurants, while the three upper floors were divided into offices. It was boasted that the building was equipped with a high speed  elevator, automatically operated.

In 1946, the company happily accepted the opportunity to purchase what is known today as the Alger Press Building, located at 61 Charles Street.

37 King Street East has been home to a number of commercial and residential tenants through the years.

King Street East 37
Oshawa L1H 1B2 ON CA
Get directions 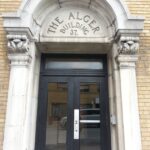 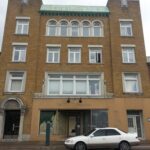 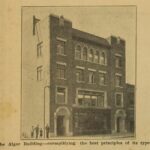