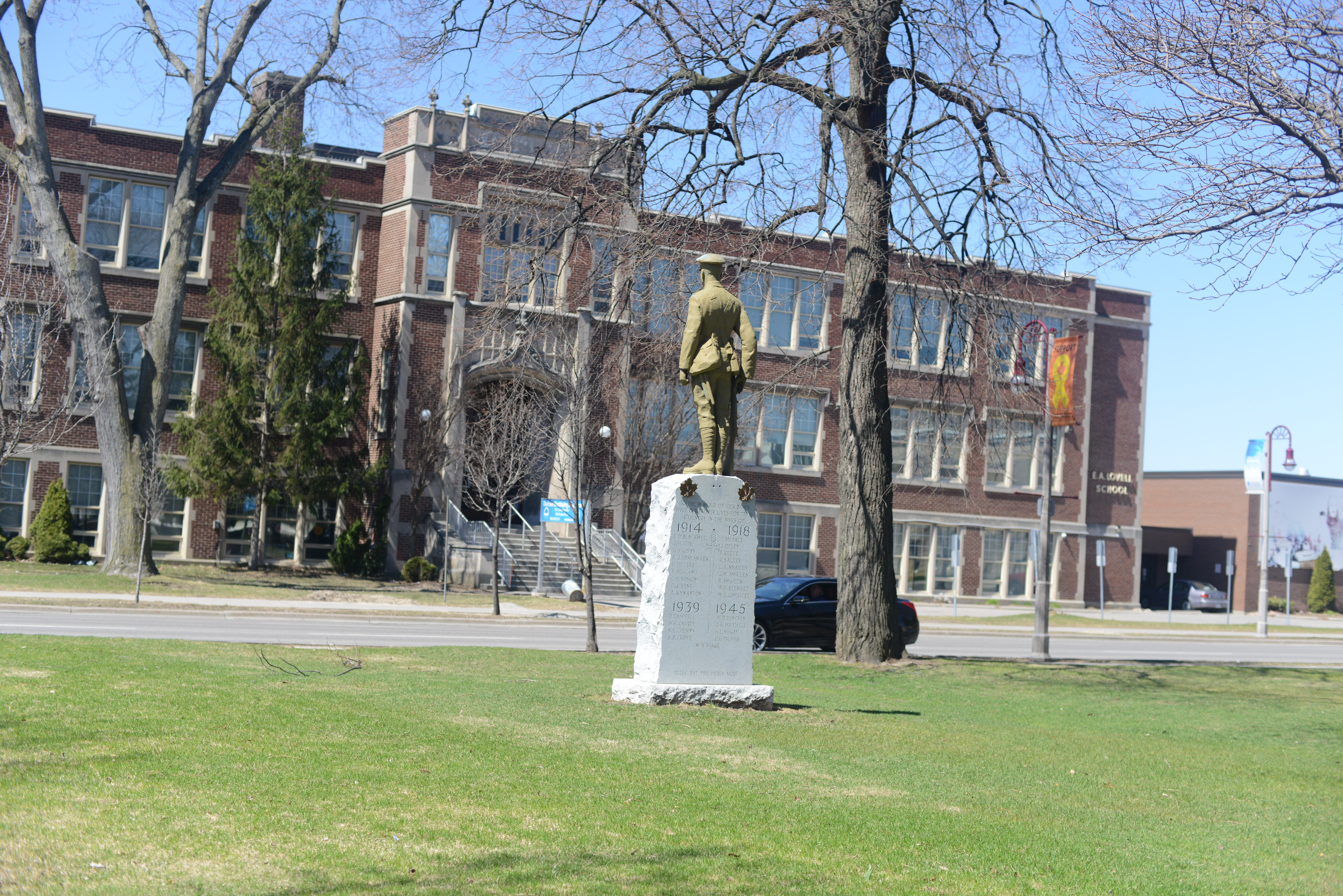 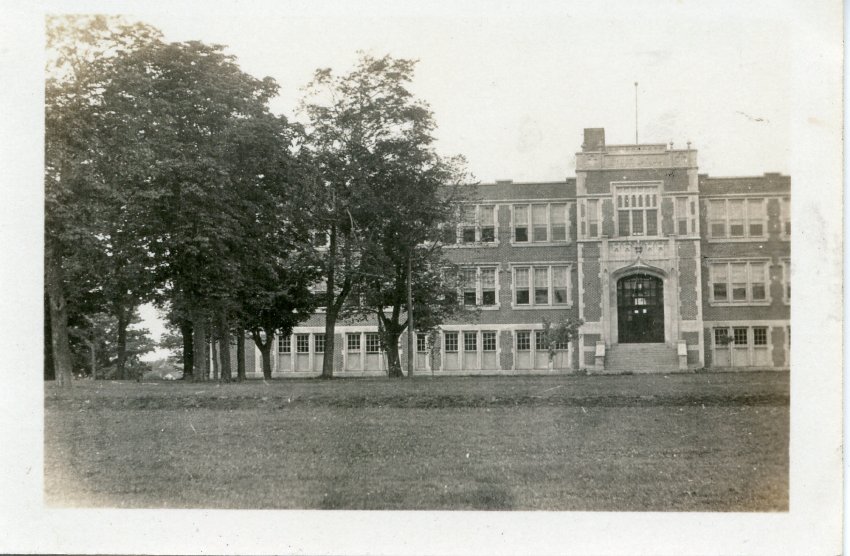 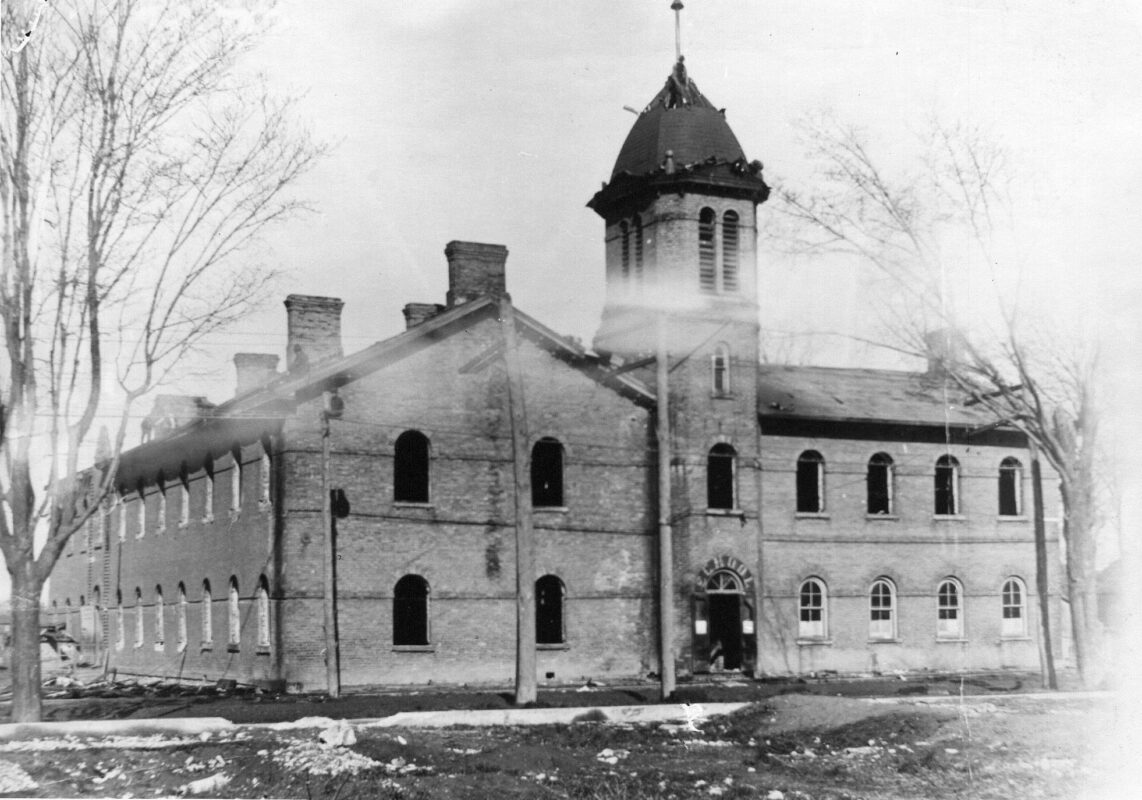 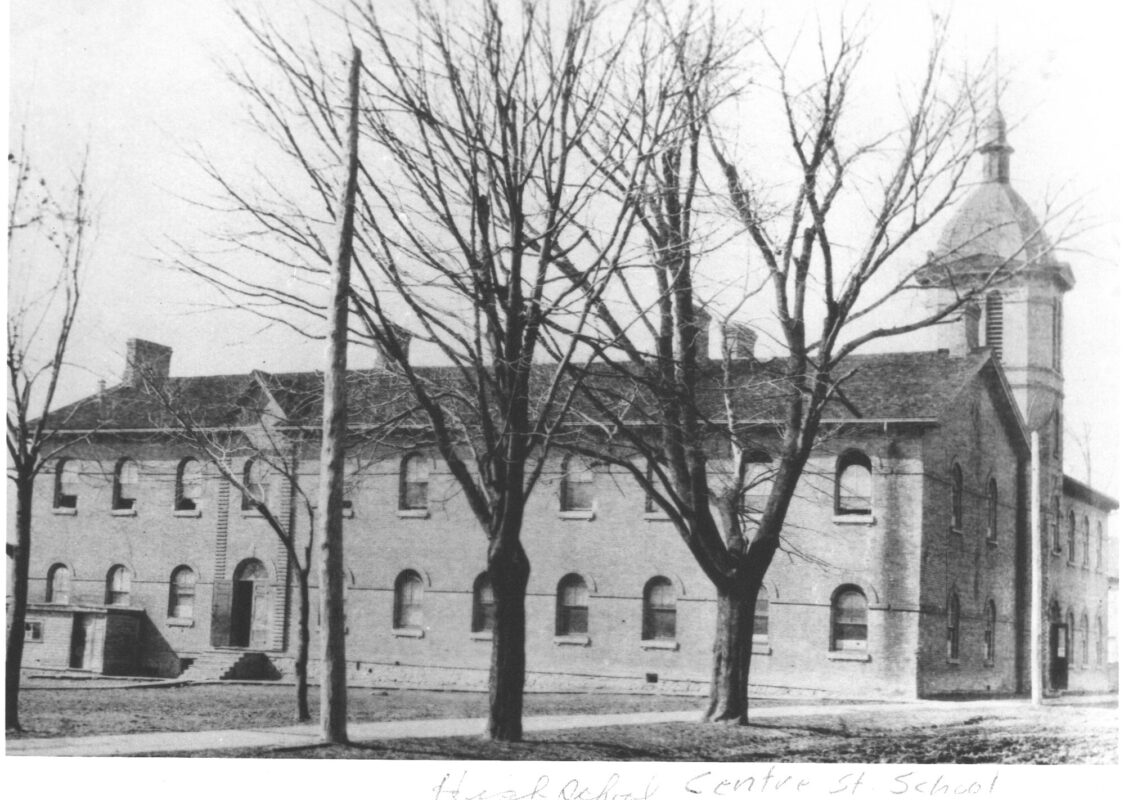 Though it has undergone a different name changes and expansions in its time, there has been a school situated around the corner of Centre and John Streets since the 1850s, one of the oldest education centres in the Durham Region.  Early residents of Oshawa may remember the school known as Centre Street Public School, and today is it known as the  E. A. Lovell Adult & Continuing Education Centre.

Centre Street Public School was a two-storey brick building constructed in 1855.  It served the community as both the Public School and High School.  In 1864, an addition was added to facilitate the increasing number of student enrolment.  Separate entrances were also made for boys and girls and were located on the south and north walls of the school.  In 1870, another addition was completed that gave the building an L-shaped appearance as well as a 45 foot bell tower. The bell was rung by a long rope that dangled into one of the classrooms. The school’s front entrance faced Centre Street, and the two red doors at the front served as the teachers’ entrance.

In 1902, just over 100 students were enrolled in the school. In 1910, the Public School was separated from the High School, which was moved to Simcoe Street North where present day O’Neill Vocational Institute now stands. In December  1919, there were 2,043 children in Oshawa between the ages of five and sixteen — a total of 1,638 appeared on the enrolment list.

Unfortunately, a disastrous fire destroyed the school sometime before 1920. The School Board decided to erect a 16 room school on the same site, and S.B. Coon & Son were engaged as the architects.  The Board set a budget of $73,500 and later in the year they approached Oshawa Council to provide an additional $225,000 to assist with the erection and equipping of the proposed school — the grant was denied.

In March of 1922, the School Board and Oshawa Council finally agreed to jointly build a 12-room school on Centre Street and an eight room school on Ritson Road.  Council agreed to grant $200,000 to the Board for the two schools.  Centre Street Public School was completed in 1923 (with the official opening in 1924) on its original site, with the final construction consisting of a 24-room school with landscaped grounds, facilities for a Kindergarten and a gymnasium.

In 1955, Centre Street Public School was renamed E.A. Lovell Public School, after Edwin Arthur Lovell.  Mr. Lovell was an outstanding and well respected member of the Board of Education and a trustee for more than 30 years.

In 1999, E.A. Lovell School celebrated its 75th anniversary. This celebration was bittersweet as it was also its last year as an elementary school.  This school along with two others, South Simcoe Public School and Dr. C.F. Canon Public School, were all slated to close in June 1999 as part of the School Board’s system wide accommodation and school improvement plan. However, while E.A. Lovell is no longer an elementary school, it continues to hold an important role in the Durham District School Board as the Continuing Education Centre. This centre co-ordinates all of the school board’s continuing education programs such as computer training, night school, and an adult day school.

Centre Street South 120
Oshawa L1H 4A3 ON CA
Get directions 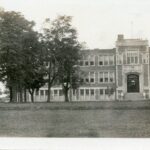 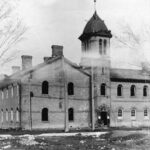 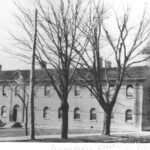