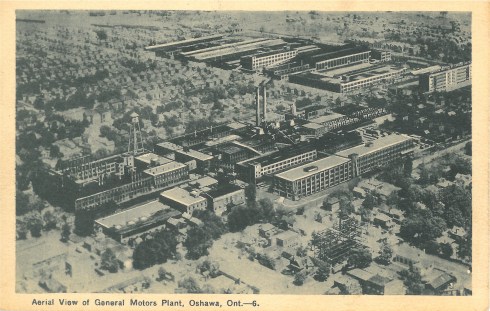 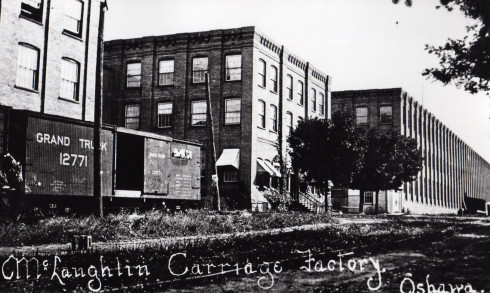 The McLaughlin Carriage Company was founded 1869 by Robert McLaughlin in Enniskillen. He would move his business to Oshawa, already a growing industrial centre, in 1879. Following success, in 1889 he would relocate within Oshawa to a factory formerly owned by the Gibbs Brothers, this site would eventually become the Oshawa GM North Plant. Another 10 years later and a devastating fire would reduce the factory to ruins. I took six months and one $50,000 interest free loan from the city for the factory to be reopened. By 1901 it was producing 25,000 horse drawn carriages per year.

Robert’s son, R. S. McLaughlin would establish the McLaughlin Motor Car Company in 1907, to produce McLaughlin-Buick cars by fitting Buick engines to bodies produced by the carriage factory. In 1918 General Motors, Chevrolet, and McLaughlin would merge their Canadian operations to form General Motors of Canada. By 1928 the factory employed 5,000 workers and produced a new car every minute, a dramatic improvement over the meager 154 cars that had been produced in 1907. Decreased demand meant a reduction in production. The factory would produce its millionth vehicle in 1938, the same year that it began designing what would eventually become the Canadian Military Pattern Truck which would be one of the most prolific vehicles of the Second World War. The importance of the site to the war effort was recognized in 1943 when Canada’s Minister of Munitions and Supply, C. D. Howe, visited the plant to celebrate the production of Canada’s 500,000th military vehicle.

Post war, the factory was quick to convert back to civilian production, with the first civilian vehicle coming off the line in autum of 1945. In 1950 work on Canada’s largest automotive factory, the South Plant, would commence, and it would begin operating in late 1953. Over the ensuing decades GM’s operations in Oshawa would be moved from the North Plant to the much larger and much more modern South Plant. The North Plant would finally cease all operations in 2005 and he final portion of the North Plant, a pair of 170 foot tall smoke stacks, were demolished in 2006. Today much of the site is taken up by the Costco.

This site was not only a major part of the city’s industrial and economic history, but it was part of Oshawa’s social history as well. Major strikes in 1928 and 1937 brought about unionization, and the establishment of the United Auto Workers Local 222, which for many years maintained its headquarters and meeting hall in a nearby building. 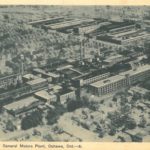 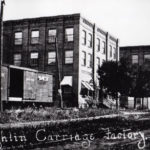 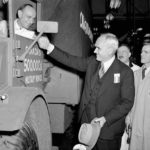