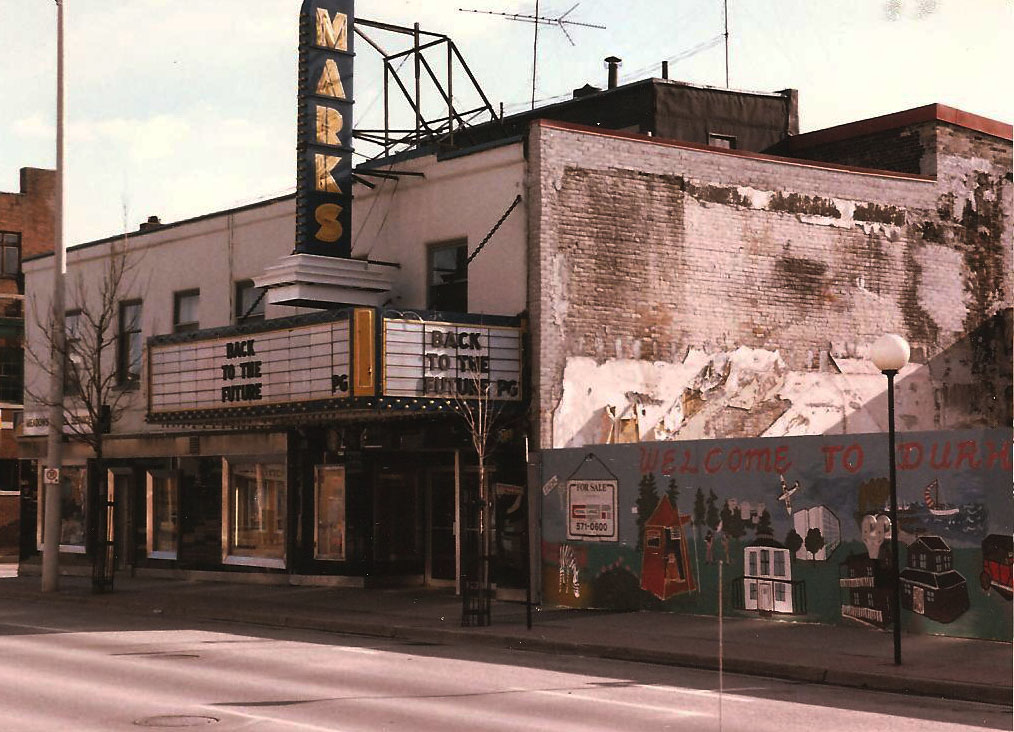 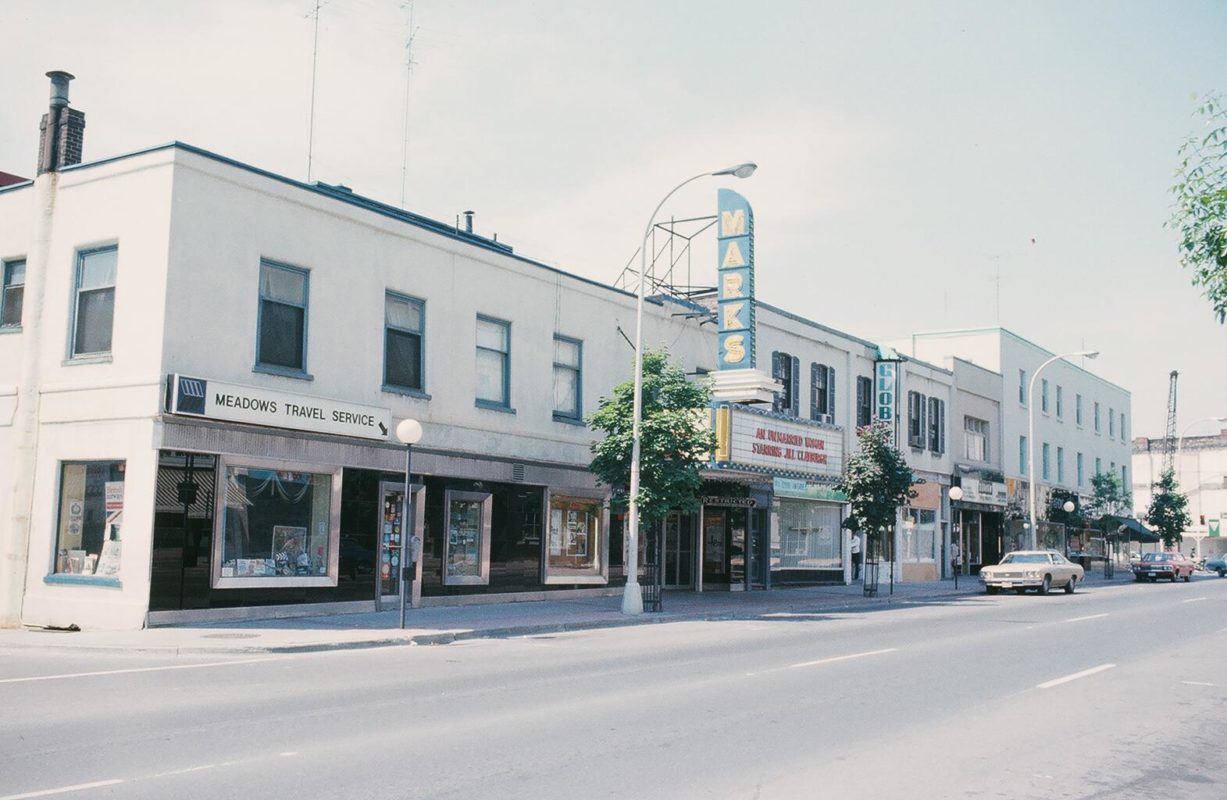 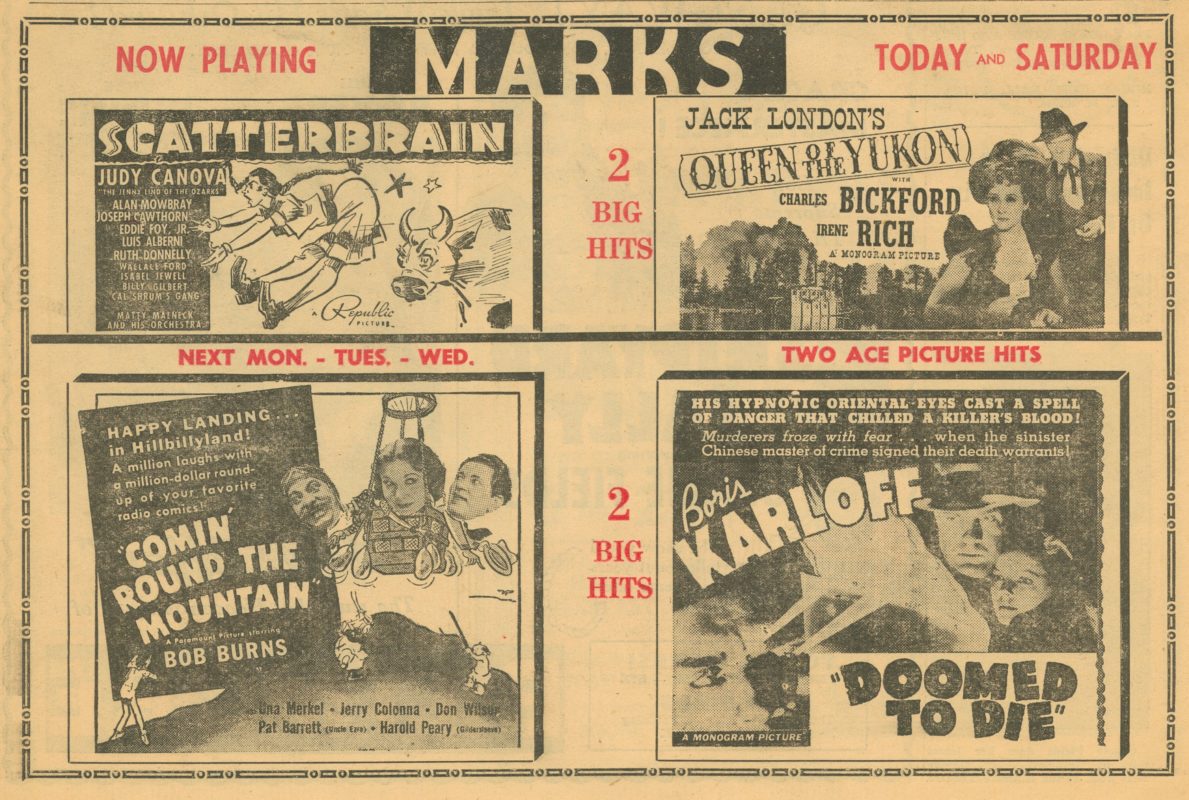 The Marks Theatre once stood on the corner of King and Celina Streets in downtown Oshawa. The building was erected circa 1875 and originally operated as the American Hotel. The proprietor of this hotel, Mike Finnigan, fought in the American Civil War. Born in Belleville, Ontario, Finnigan was paid by a wealthy American family to impersonate their son so that he could escape the draft.

Fighting for the North under an assumed name, Finnigan also had the opportunity to ride in the cavalry with General Custer. After the war, he returned to Oshawa, married a woman from Pickering, and built the American Hotel. By 1921, Mike Finnigan had retired.  The building was sold to Mr. Martin who changed the hotel into a theatre and named it the Paragon Theatre.

In 1924, the name had changed to the New Martin Theatre and the proprietor at this time was Mr. Ernie Marks. Ernie and his wife Kitty were a fascinating couple who were talented performers. Ernie was a trick bicycle rider and actor, and Kitty was a singer. In 1928 the New Martin Theatre underwent both interior and exterior renovations. The Daily Times noted on March 10, 1928 that “Ernie Marks, manager of the New Martin Theatre, is transforming his theatre into one of the most up-to-date motion picture houses in the Province.” Not only was it outfitted with new seats and lighting, it was also equipped with a cooling and ventilating system. Sometime between 1931 and 1934, Ernie Marks changed the name to The Marks Theatre. It became a popular place for travelling vaudeville performers, theatre, opera and motion pictures. Since that time, the theatre has passed through various hands, and by the 1980s the new owners had made it into a popular “hot-spot” for showing cult movies such as The Rocky Horror Picture Show. It also became a great place for previewing up and coming local rock bands. Between 1984 and 1988 the historic building managed to survive two major fires and fierce competition from other theatres in the area.

Then in April 1992, the Marks Theatre was torn down in order to make room for a parking lot. It was demolished by its owner, a Willowdale based company, who had long term plans to build a three or four storey office building, however, it has remained a parking lot since that time, although a portion of the footprint of the theatre became part a new building, currently the home of Avantis restaurant.

King Street East 19
Oshawa L1H 1A8 ON CA
Get directions 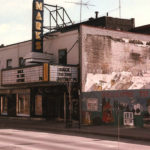 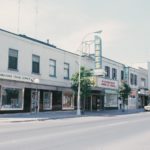 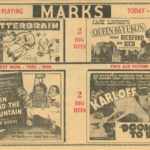