South of Highway 401 stands the impressive new facility housing Oshawa’s GO and Via stations. Behind it the Canadian National Railway’s impressive Oshawa yard sprawls out.

The history of rail in Oshawa begins in 1856 with the opening of the Grand Trunk Railway, a company providing passenger and freight service to the Province of Canada and parts of the Northeastern USA. Its Oshawa station and railyard would have been just a little to the Southeast of the intersection of Simcoe and Bloor. In 1923 the struggling Grand Trunk Railway would be nationalized as Canadian National Railway. During the 1950s the original site became obsolete, forcing the relocation to the modern site on at Bloor and Thornton.

The late 60s saw the Canadian passenger rail services in general decline, with both CP and CN axing lines. This prompted the government to acquire the remaining passenger services of the two and consolidate them into Via Rail in 1976.

This also prompted the government of Ontario to establish its own commuter rail crown corporation, GO, in 1967. After decades of interest and many fail proposals, GO eventually reached Oshawa on a very limited basis in 1990. It would not be until 1995 that GO’s Lakeshore East Line would be properly extended out to Oshawa.

The had been modernized for use by VIA Rail and GO Transit in the early 90s. The site underwent additional renovations in 2009 to improve accessibility. Between 2015 and late 2017 it underwent another major renovation which brought the site to its current form. 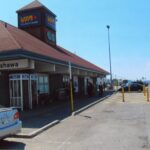 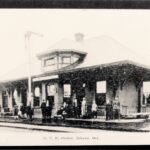 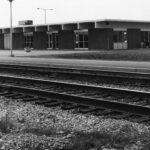