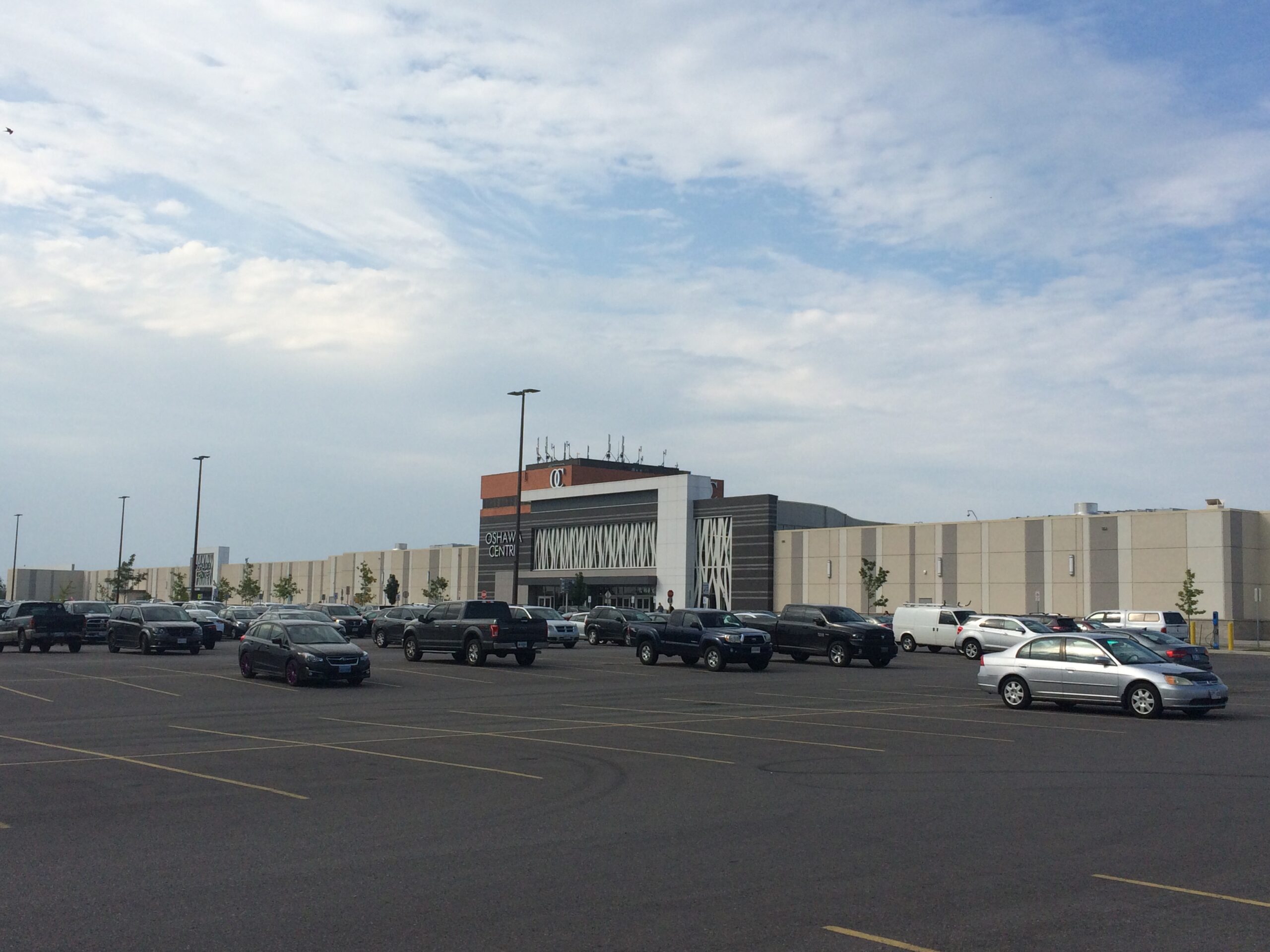 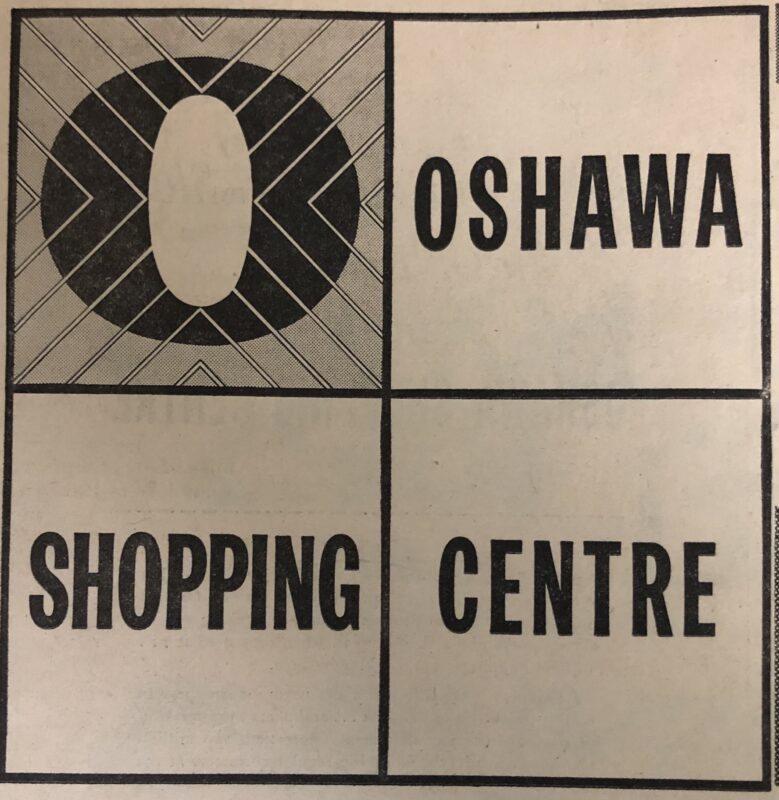 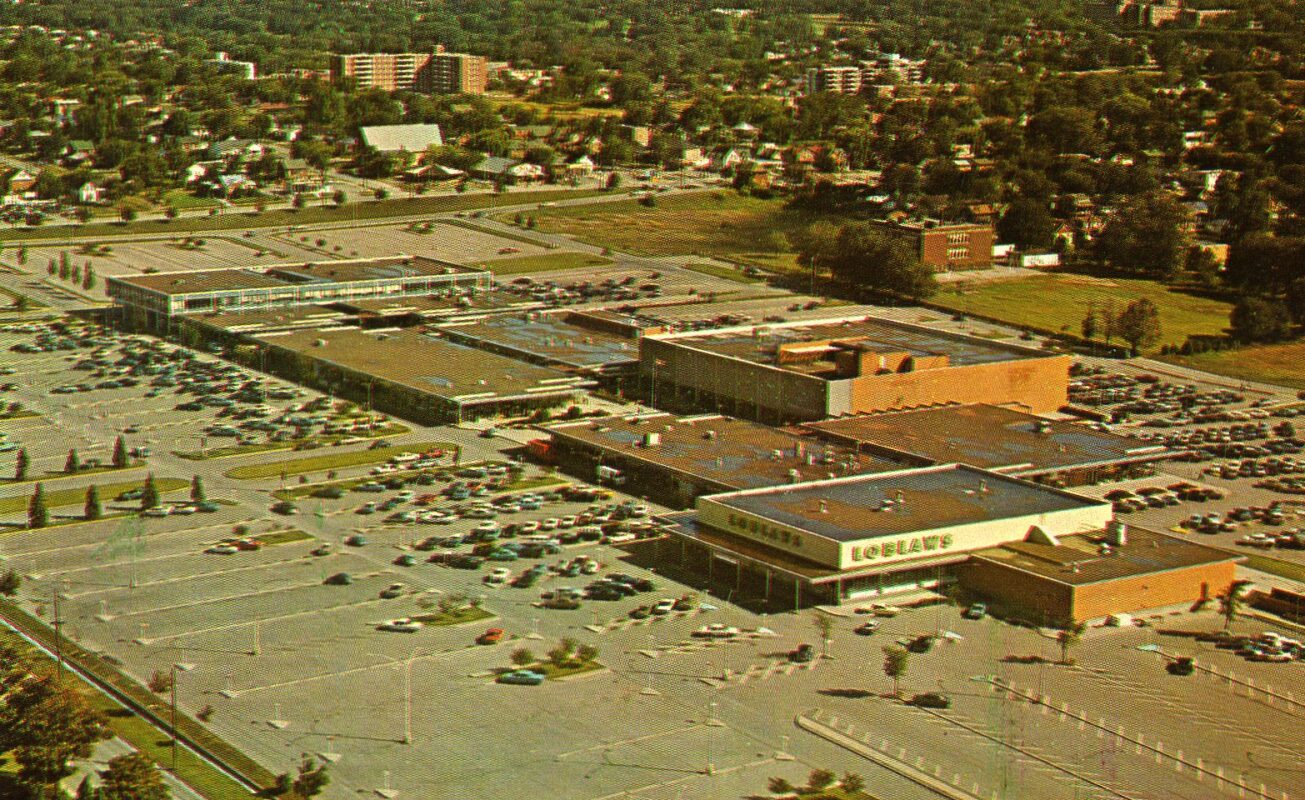 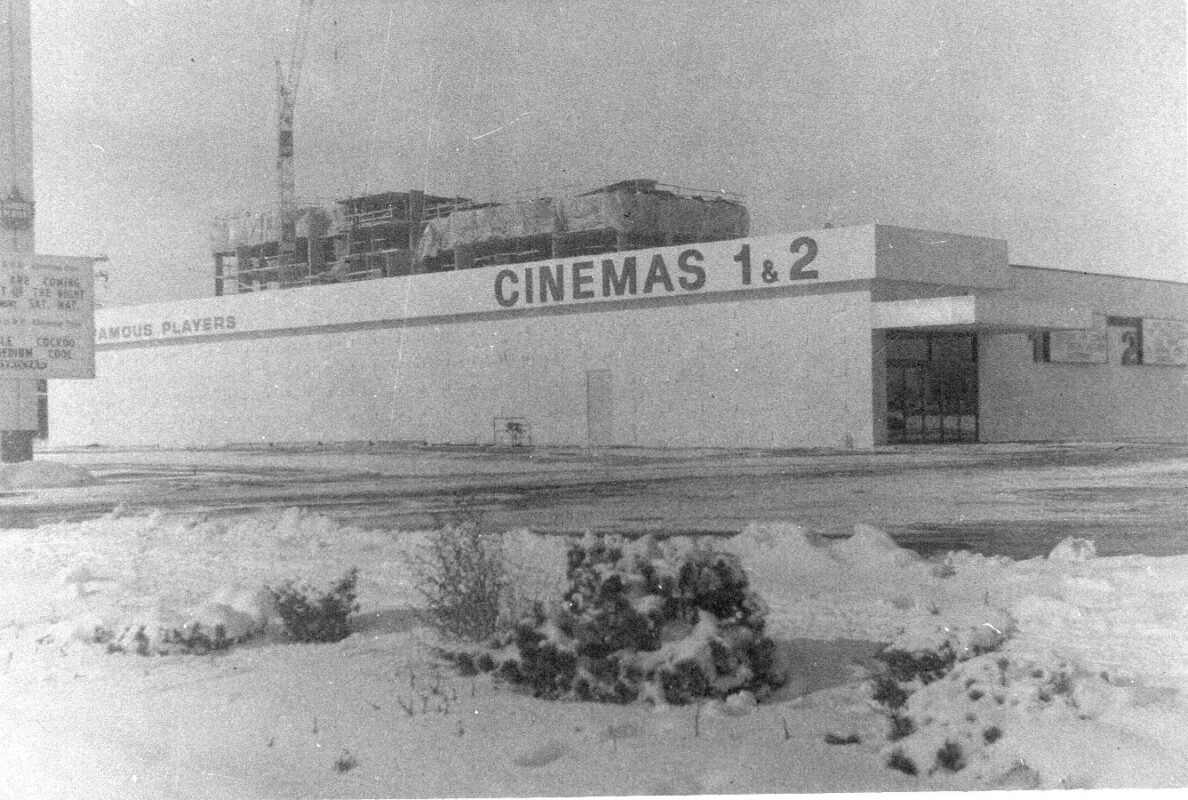 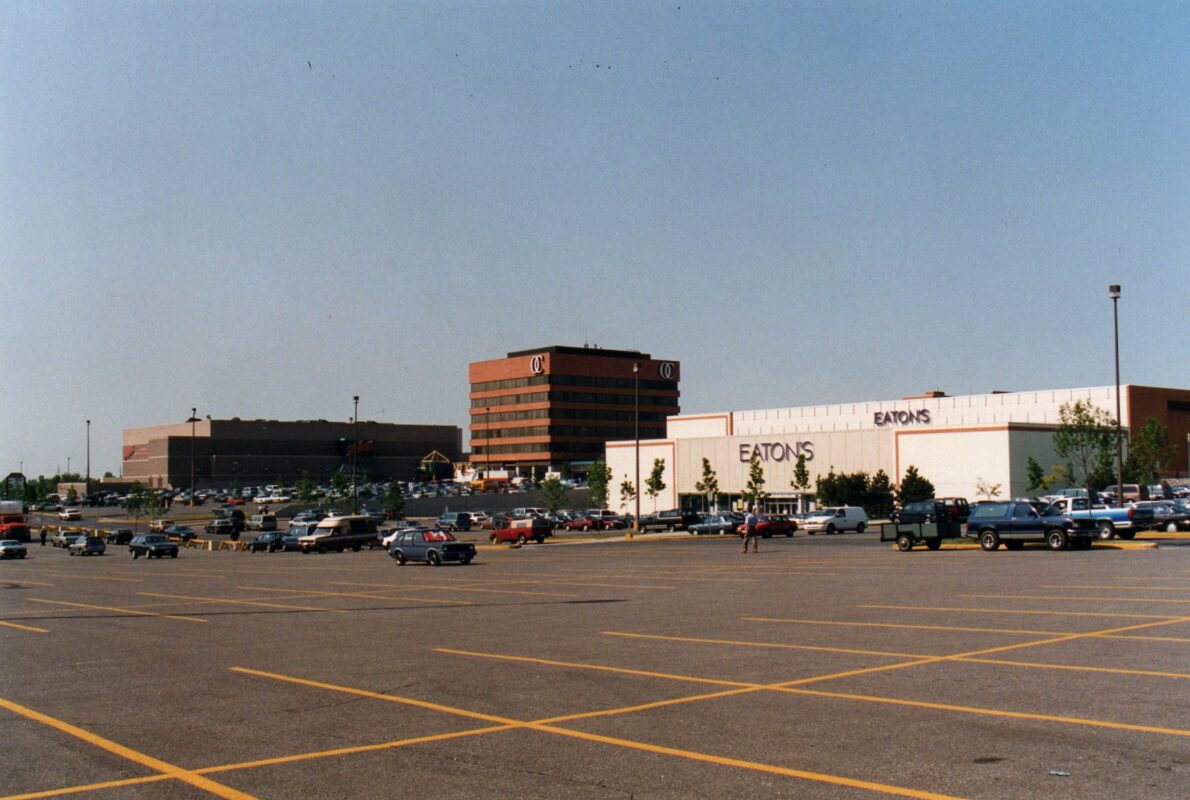 Driven by both the ubiquity of car ownership and economic prosperity in the post war period, the shopping mall is one of the most iconic features of many areas. The Oshawa Centre is no exception, attracting day shoppers from all around Durham Region.

The industrial boom that Oshawa experienced during WWII made the city an ideal site for a mall. Ground was broken by mayor on July 22, 1955 and doors would open to a crowd of 10,000 on November 1, 1956.

In its original configuration the mall had a mere 28 stores including the Eaton’s anchor store, and was outdoors, only in 1968 was a roof added over the central corridor. This is also when the Sears anchor store joined the mall. In 1971 the office block that towers over the rest of the mall was added, as was the Famous Players theatre. The second level and southern portion of the mall were added in 1978. A major renovation in 1989 added 125 new stores and renovated the theatres. A 1993 renovation gave the food court a 1950s aesthetic as a call back to the Oshawa Centre’s origins. Between 2013 and 2017 the most recent renovation added an additional wing and greatly changed the mall’s aesthetics. 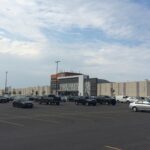 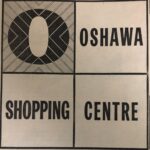 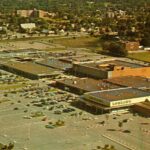 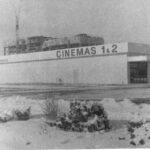 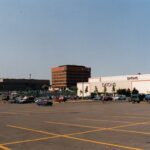