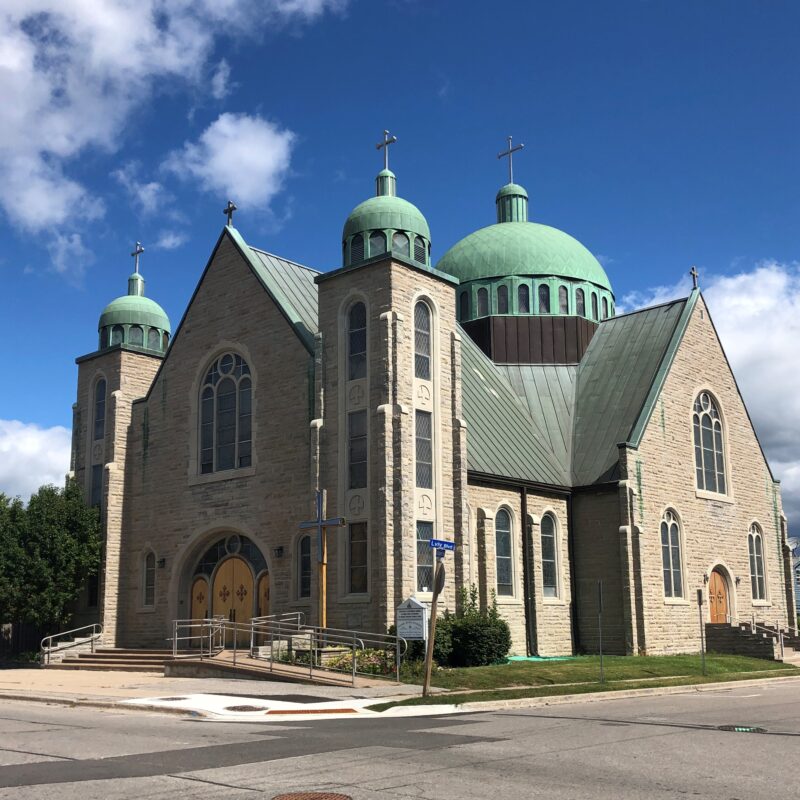 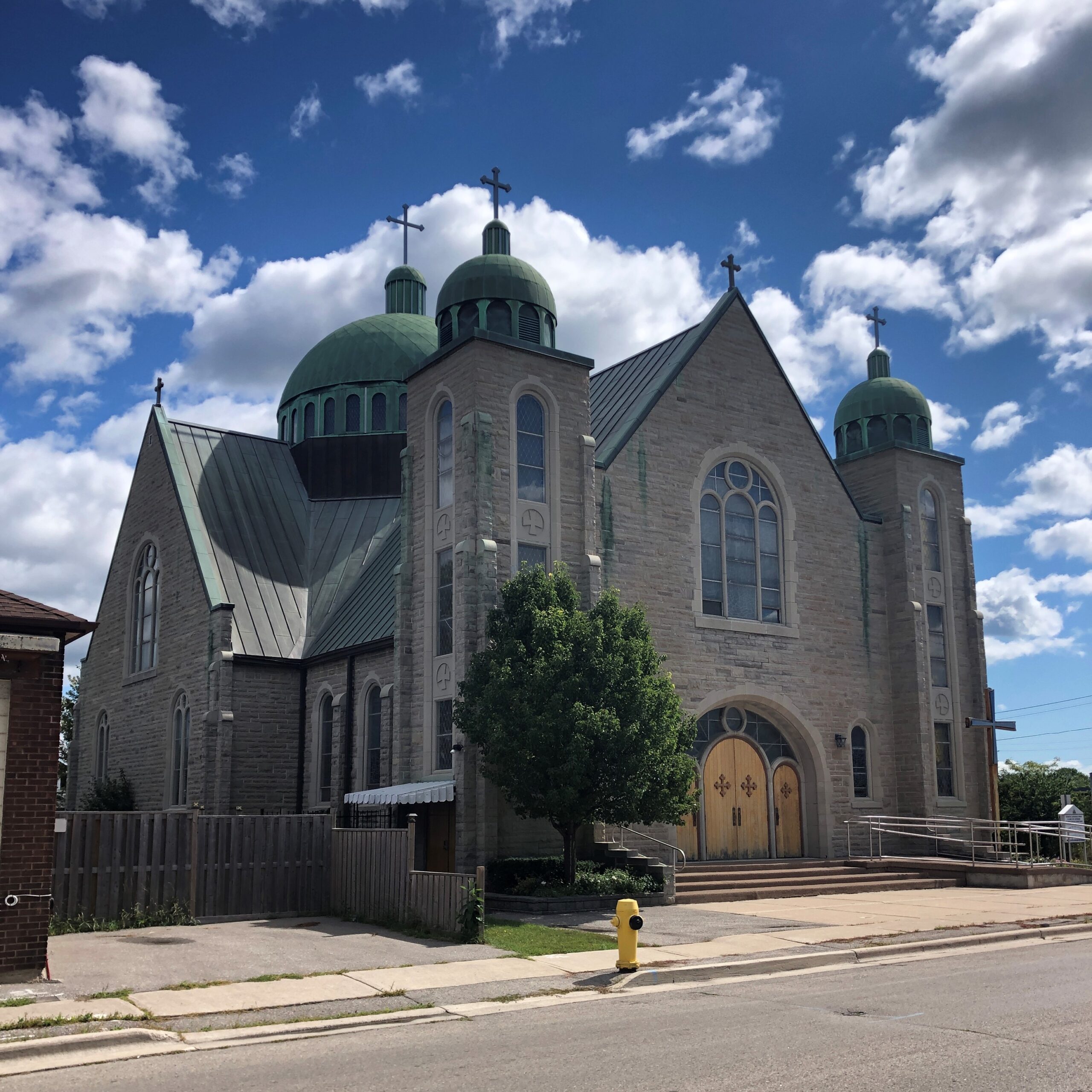 The Ukrainian religious community began organizing soon after arrival in Oshawa at the turn of the 20th century.  One of the earliest groups to organize was the Ukrainian Catholics who started hosting services in 1912 in the homes of various members, with the blessing of Bishop Nikita Budka.  The first church building was erected on Albert Street in 1916, and until 1930 priests were invited from Toronto and Hamilton to perform services. In 1936, Father John C. Pereyma was appointed as the parish priest, a role he would serve for 40 years. There is now a Catholic secondary school that bears his name.  For 40 years, that first church was a religious and social centre for Ukrainians, as well as other ethnic groups, who lived and worked in the surrounding community.

As the church became too small for the growing community, land was purchased on the other side of the street, and construction of a new church began in 1955, with Bishop Isidore Borecky blessing the cornerstone. The new church was built on Jackson Street (later renamed Lviv Blvd.) and built in the Byzantine Revival style. It officially opened in 1957.

In 1982, St. George’s Ukrainian Catholic Heritage Centre, also known as Lviv Hall, is constructed, and 30 years later, in 2012, the St. George’s celebrated 100 years as a parish. 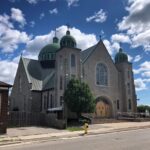