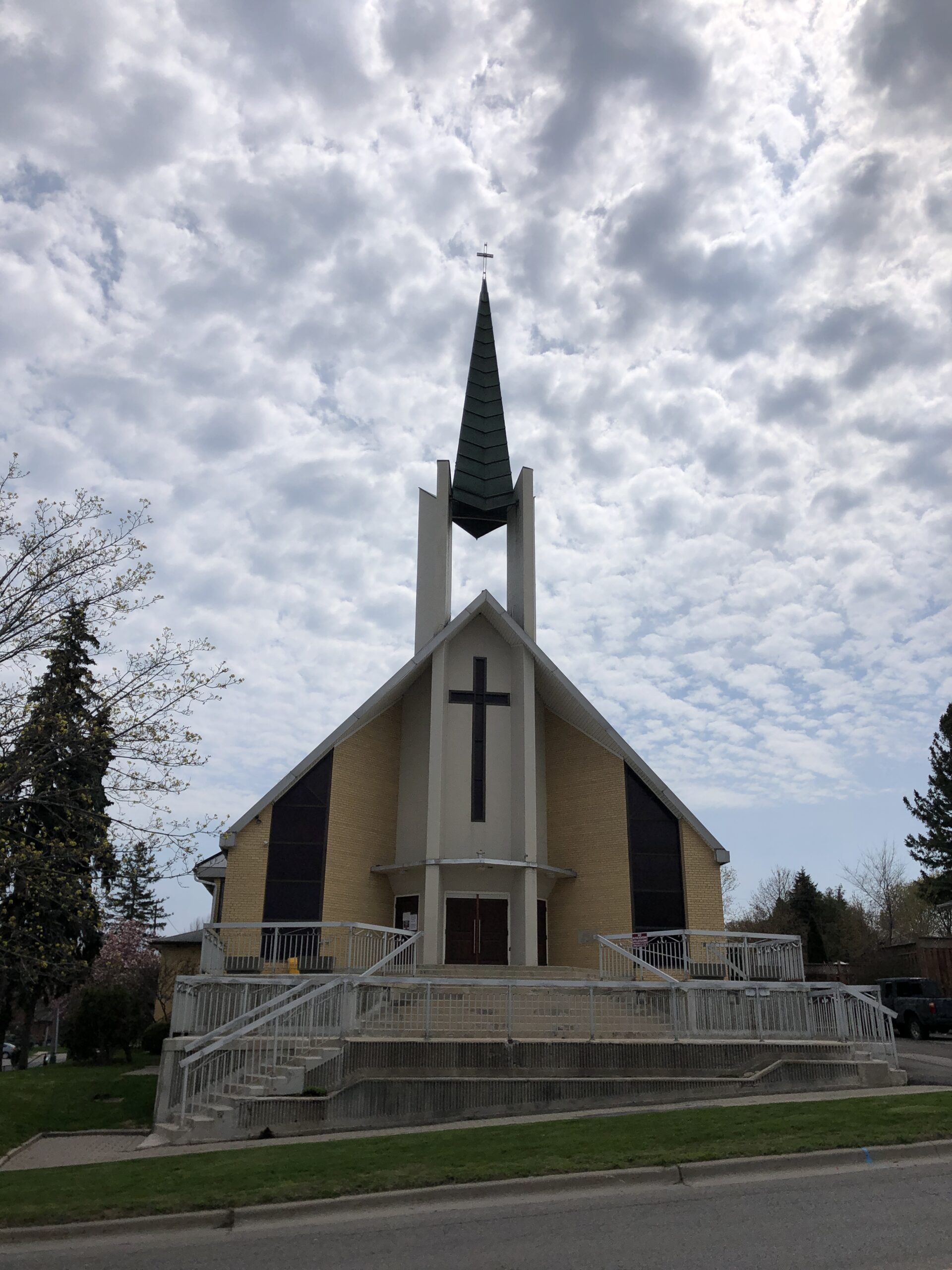 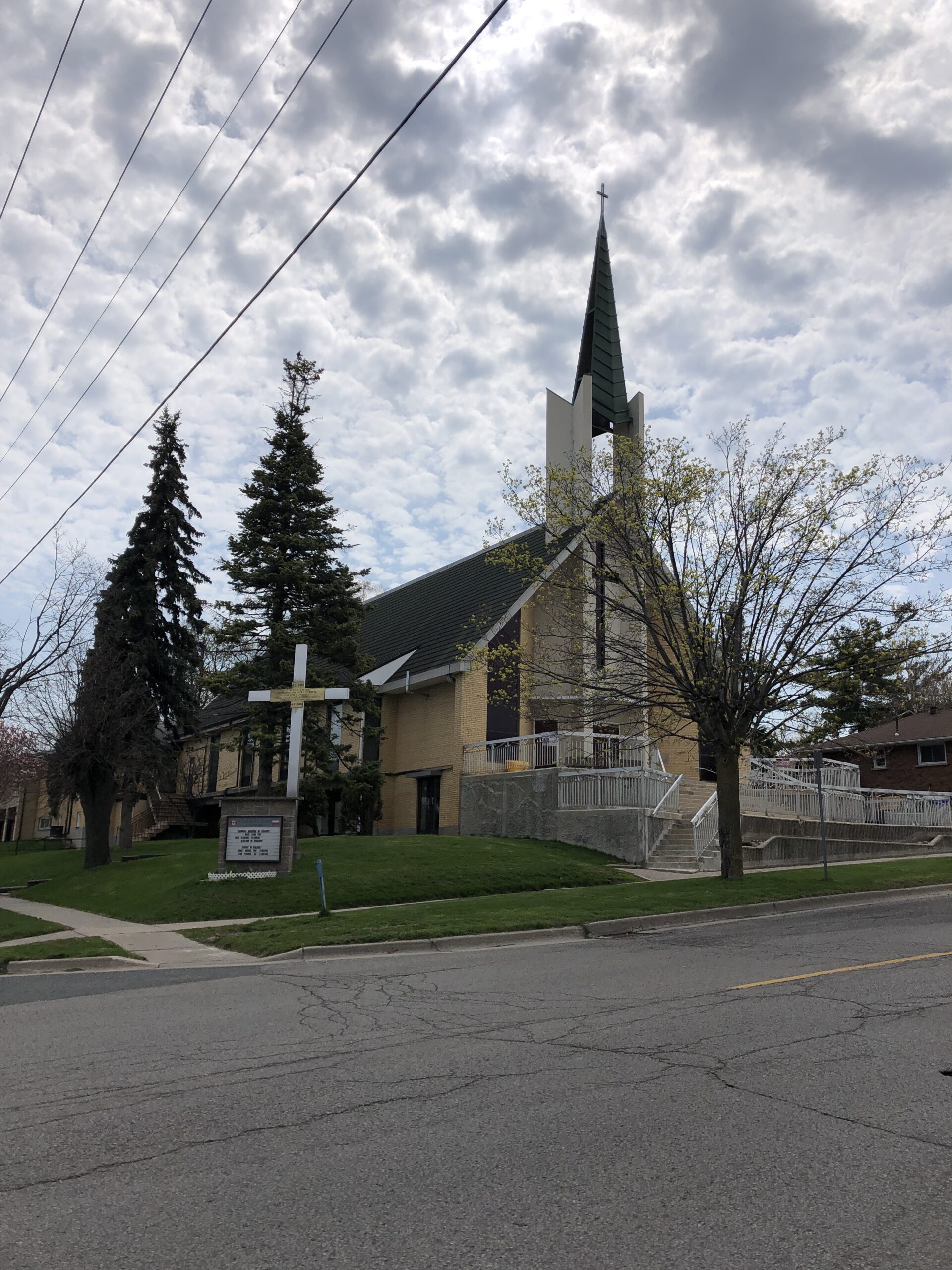 St. Hedwig’s Roman Catholic Church was built in a number of stages. There had been talk in Oshawa’s Polish community of establishing a Polish church since the late 1920s; by the 1950s, the work began. Before the establishment of St. Hedwig’s, Catholics in the community worshipped at St. Gregory’s or Holy Cross (which was built between 1940-1945). In 1952, the first mass for the Polish parish was celebrated, taking place at the Polish Hall at 168 Banting Avenue, and immediately after the mass, St. Hedwig of Silesia was chosen as the patron of the parish. That same year, a plot of land was purchased at Olive Avenue and Central Park Blvd., and fundraising began. The cornerstone was blessed in 1954, which was when the first mass was celebrated in the ‘lower church’ (basement).

Construction of the upper church began in 1960, and the church was blessed by Archbishop Philip Pocock on June 25, 1961. He remarked in his homily, “The new church is now blessed and set aside for divine purposes. This means that you the parish have given it to God. Today He has accepted it. You have put your offerings, sacrifices and prayers into it. I offer my congratulations to the Pastor and parishoners for a job well done, in building this beautiful temple to Almighty God.”  There were about 700 people in attendance for this dedication mass.

In the 1970s, Pope John Paul II visited the church; he was at that time a cardinal and not yet the Pope.

The church offers services seven days a week in Polish and an English mass on Sunday.