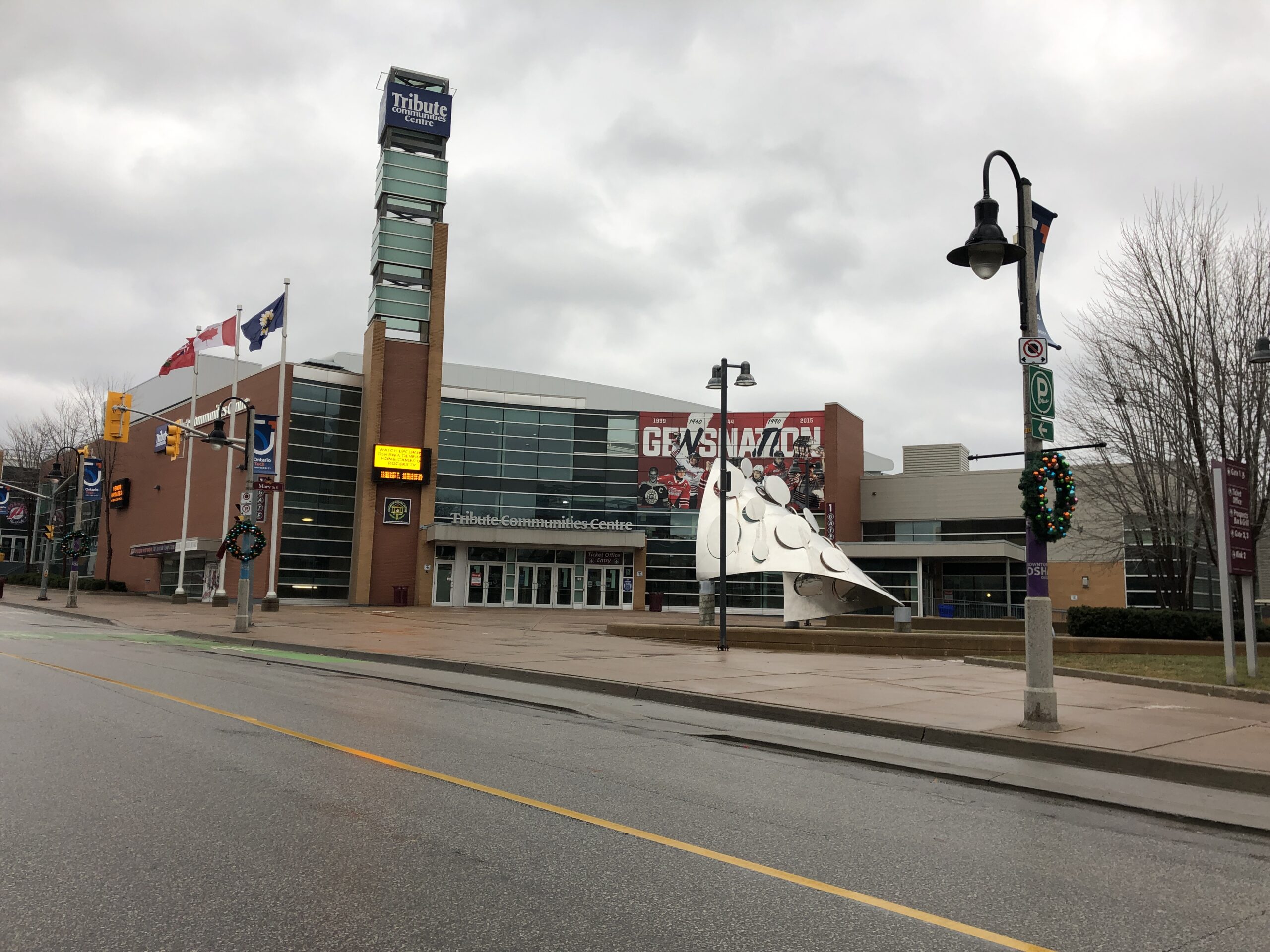 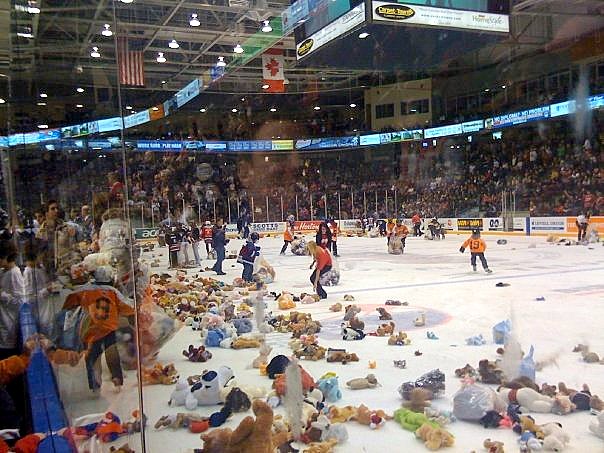 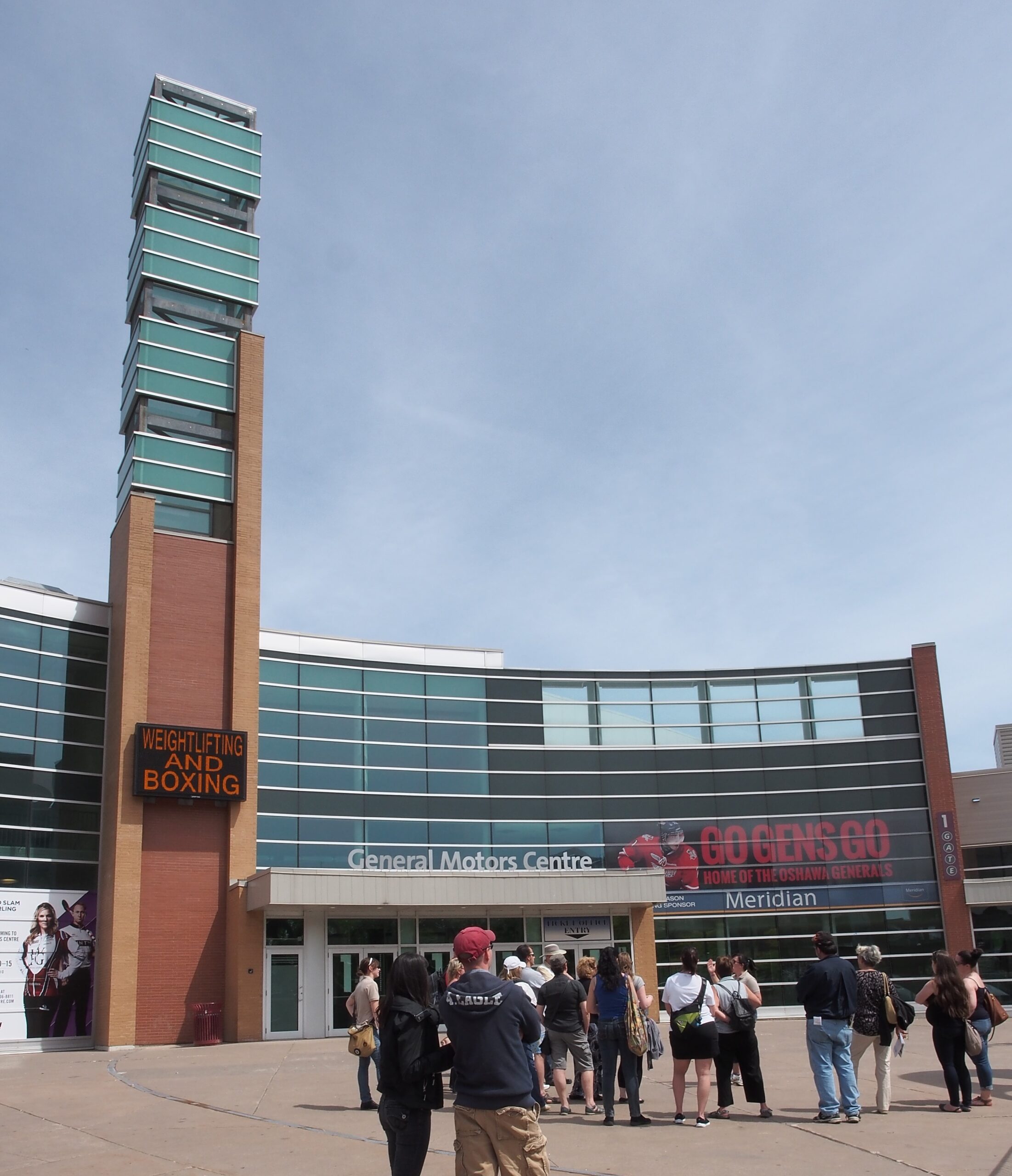 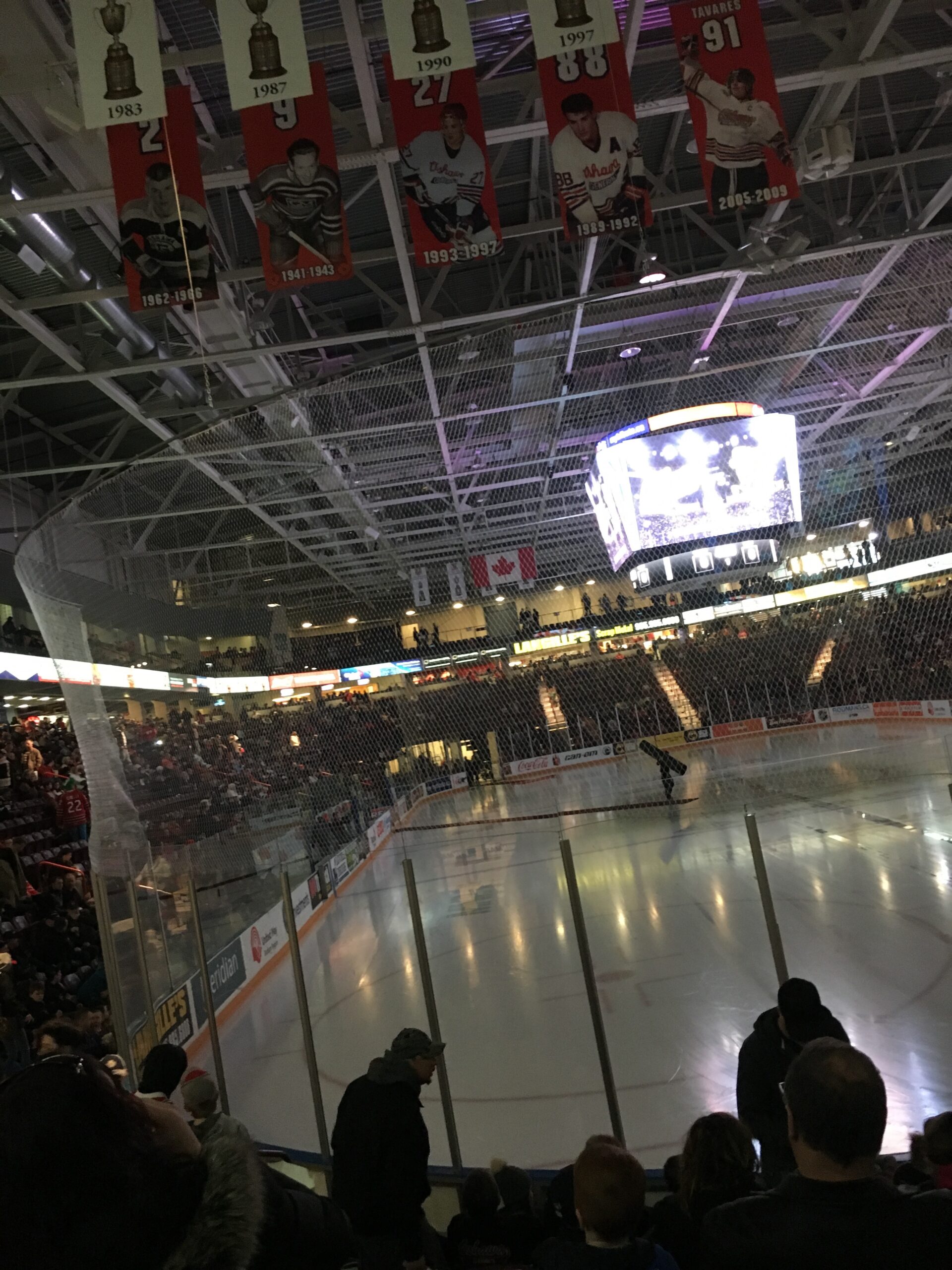 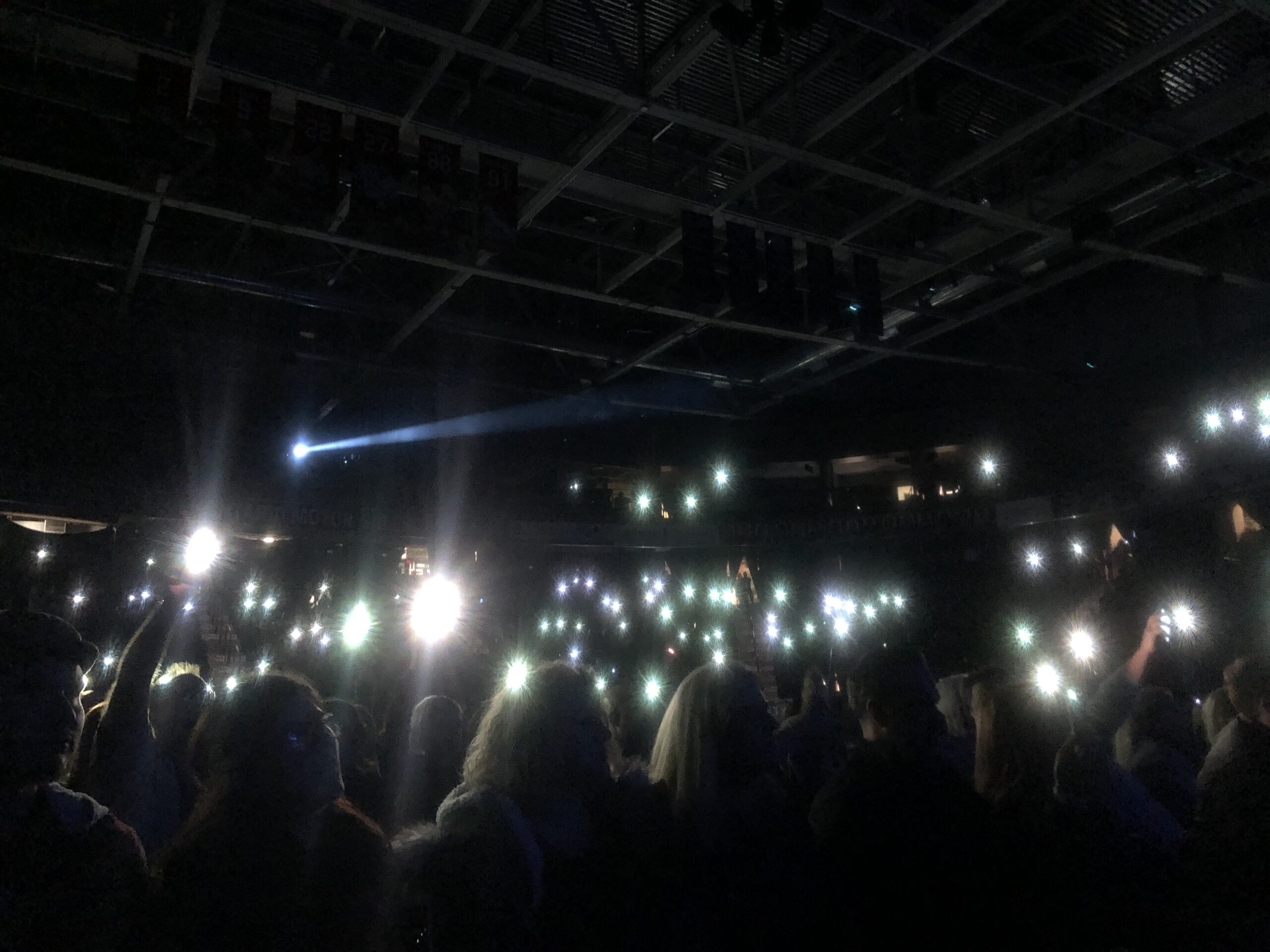 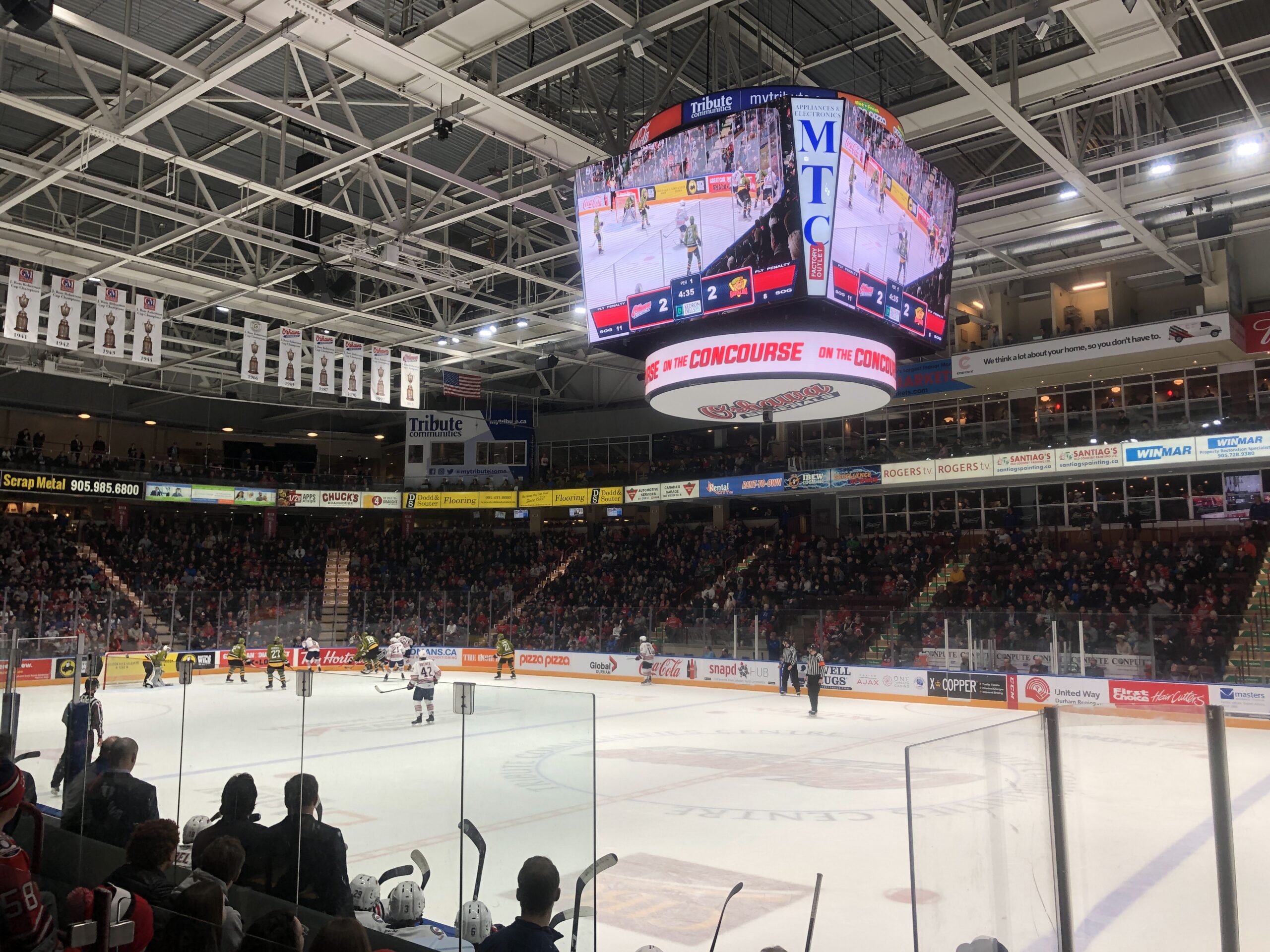 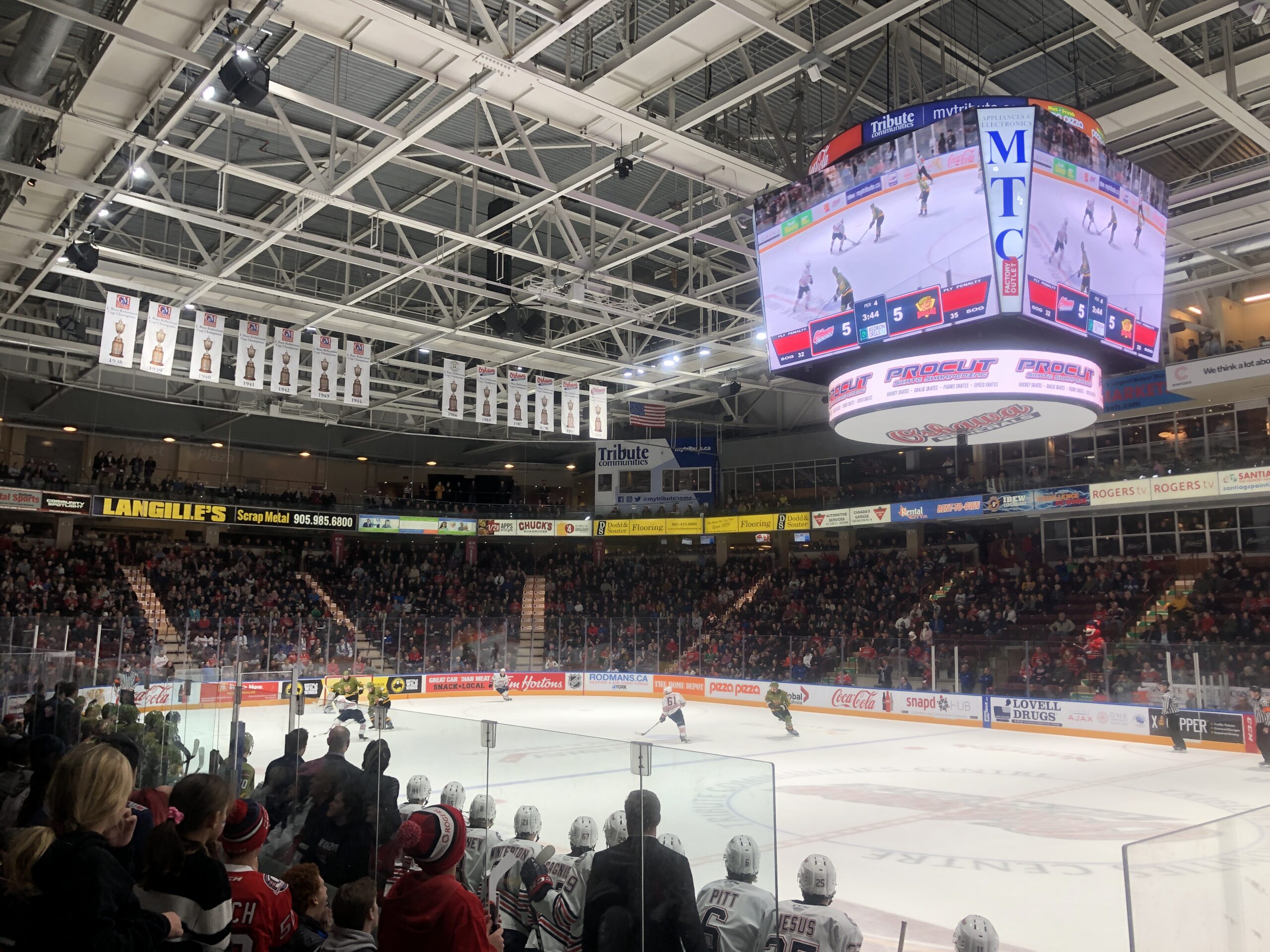 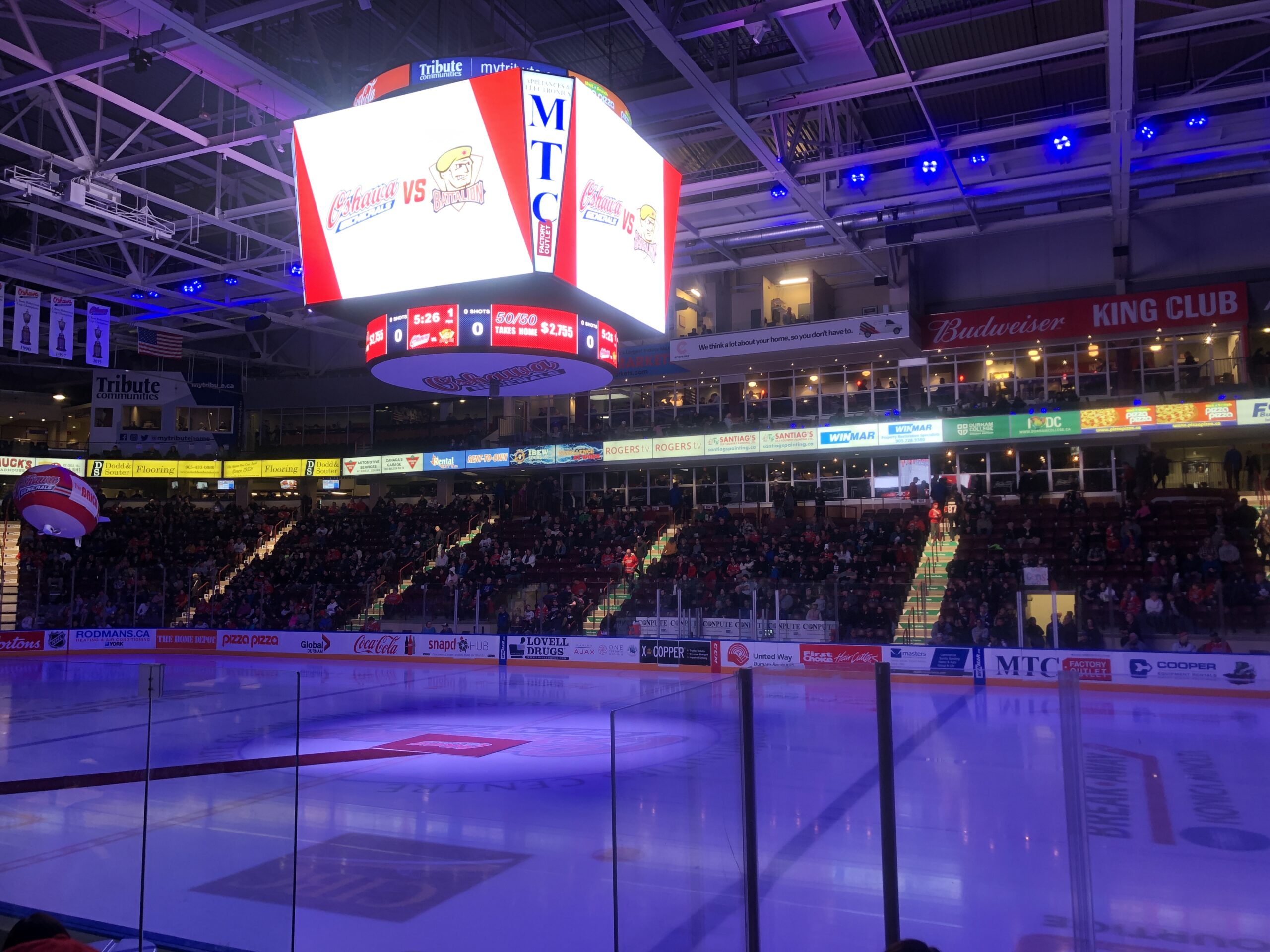 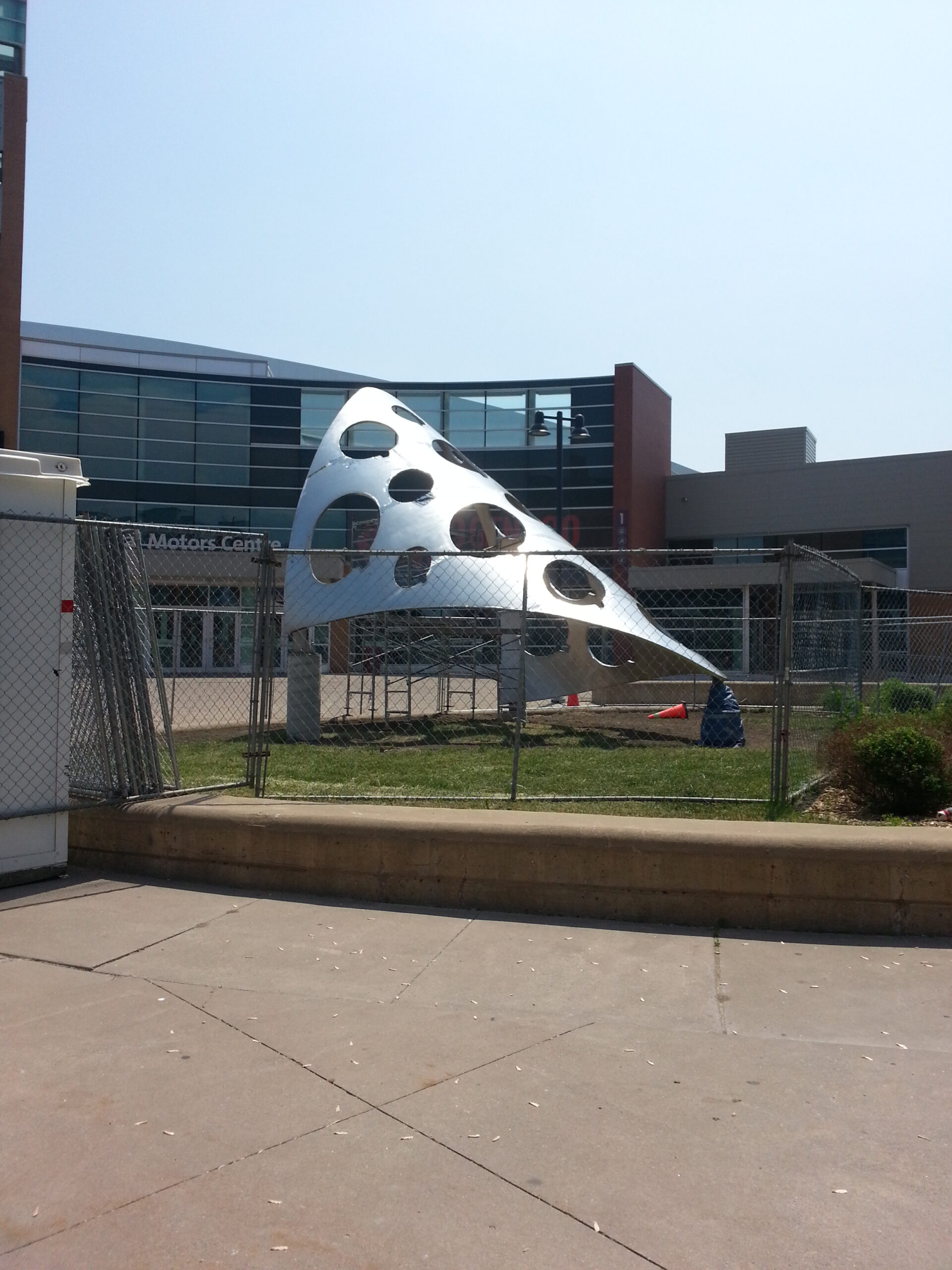 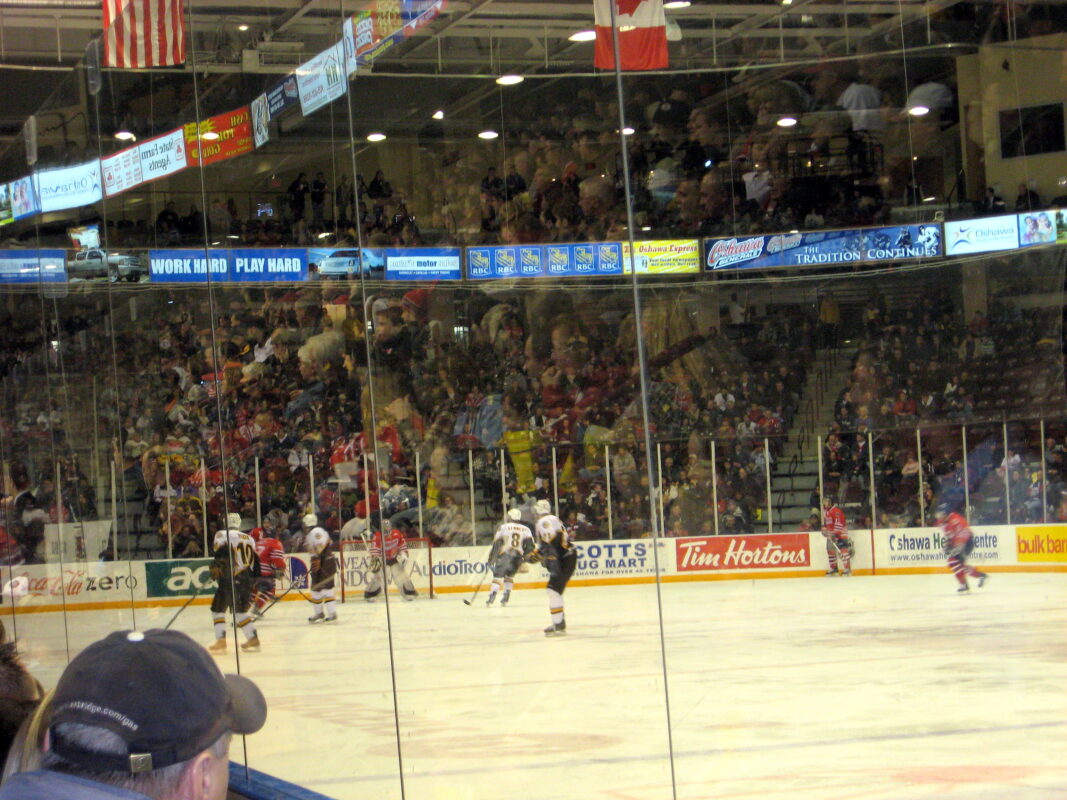 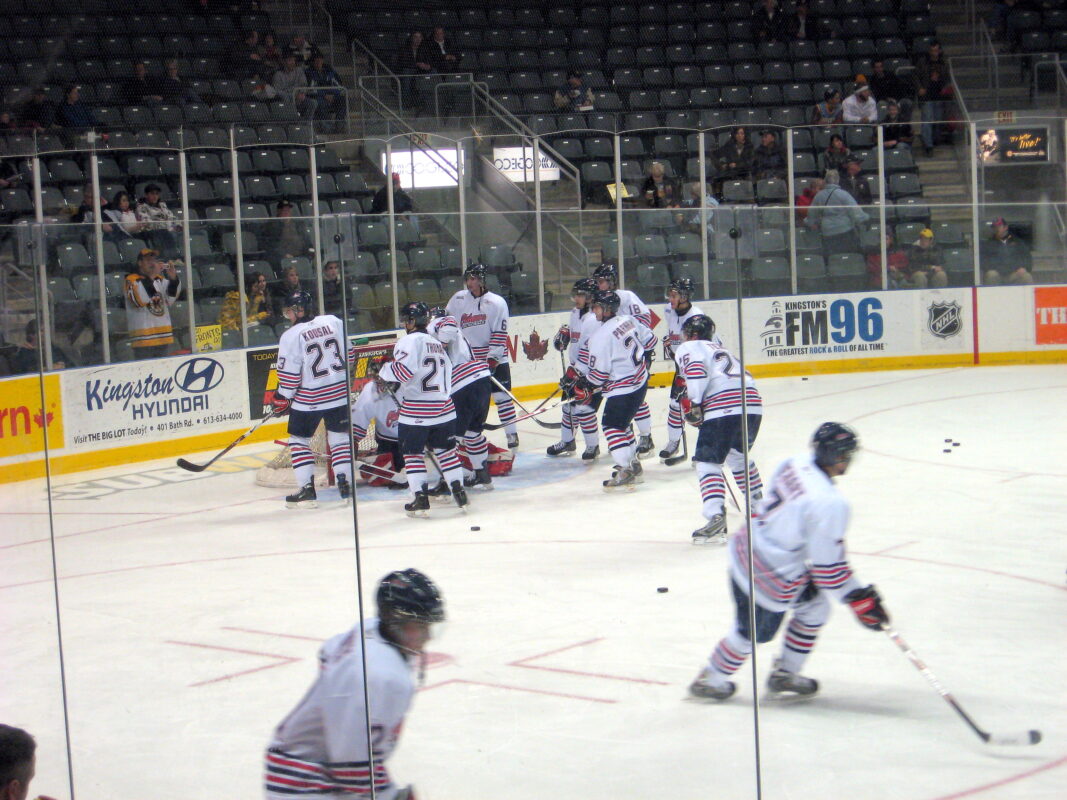 The Tribute Communities Centre. Home to the Oshawa Generals and one of the most well known entertainment centres of the Durham Region.  Even still, it is a fairly new addition to Oshawa’s downtown. Originally known as the General Motors Centre, the building opened in November 2006 and serves as a sports and entertainment facility for Oshawa. It was renamed as the Tribute Communities Centre in 2016.  It was the location of weightlifting and boxing competitions during the 2015 Pan Am Games (and, due to naming rights, it was referred to as the Oshawa Sports Centre). A number of events have been held here since it first opened, including post-secondary convocations, Stephen Colbert Day, Oshawa’s New Year’s Eve celebrations, and a number of concerts.  Some big name draws include the Tragically Hip, Barenaked Ladies, Elton John, Sarah McLachlan, Selena Gomez, Bob Dylan, and, infamously, Kiss.

We say ‘infamously’ because of the circumstances that brought the band to our city.  In 2009, Kiss asked fans to go to their website and vote for their hometown to be included in the band’s next big tour. Oshawa finished first among all cities, but was excluded from the first list of dates for the Kiss Alive 35 tour. After an outcry, Kiss corrected this oversight and added Oshawa to the schedule, playing a show to over 6,000 fans.

The Tribute Communities Centre is also home to our aforementioned Oshawa Generals.  The Oshawa Generals are named after General Motors, who sponsored their 1937-38 season. Oshawa had been home to an amateur hockey team for decades before that; our debut in the Ontario Hockey League was in 1908-09 as the Oshawa Shamrocks.

The Gens, AKA Gennies, have had many noted players as part of their roster throughout their 100 year history, including Alex Delvecchio, Red Tilson, John Tavares, Eric Lindros, Rick Middleton, Dave Andreychuk, Ted Lindsay, Mike Craig, Marc Savard, and Bobby Orr.  The list could go on and on and on!

The Generals have won the Memorial Cup a record five times; this is a record only beat by the Toronto Marlboros, and it is a record held by active teams.  We hold a record thirteen OHL Championships, the J. Ross Robertson Cup, winning our latest for the 2014-2015 Season!  Finally, our 184 graduates to the National Hockey League are third only to the Toronto Marlboros, and Peterborough Petes (our noted rivals on the ice!).

The Tribute Communities Centre may be the Gens’ current home, but before then they played at the Bradley Arena, the Oshawa Arena (later the Hambly Arena), and the Oshawa Civic Auditorium.  In 1953, there was a fire which destroyed the Hambly Arena, and it dealt a huge blow to local hockey, as the Generals did not play from that year through to 1962.  For two years, they played at Maple Leaf Gardens while the Civic was being constructed.

The Tribute Communities Centre is also home to the Oshawa Sports Hall of Fame, honouring the achievements of Oshawa individuals and teams who have attained prominence and distinction in sports as well as those who have made a major contribution to the development of sport.  The Hall of Fame features artefacts, memorabilia and photographs, and it is the home of the Red Tilson Trophy.  Named after an Oshawa General who was killed in action in World War II, this trophy is awarded to the OHL’s Most Valuable Player.

In the second volume of Pictorial Oshawa, Thomas Bouckley remembered “Hockey tickets were sold at Mike’s Place and at play off times the lineup, quite frequently, would extend to Centre Street.” 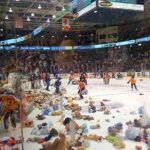 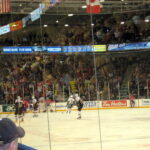 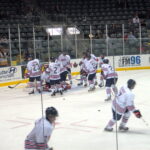