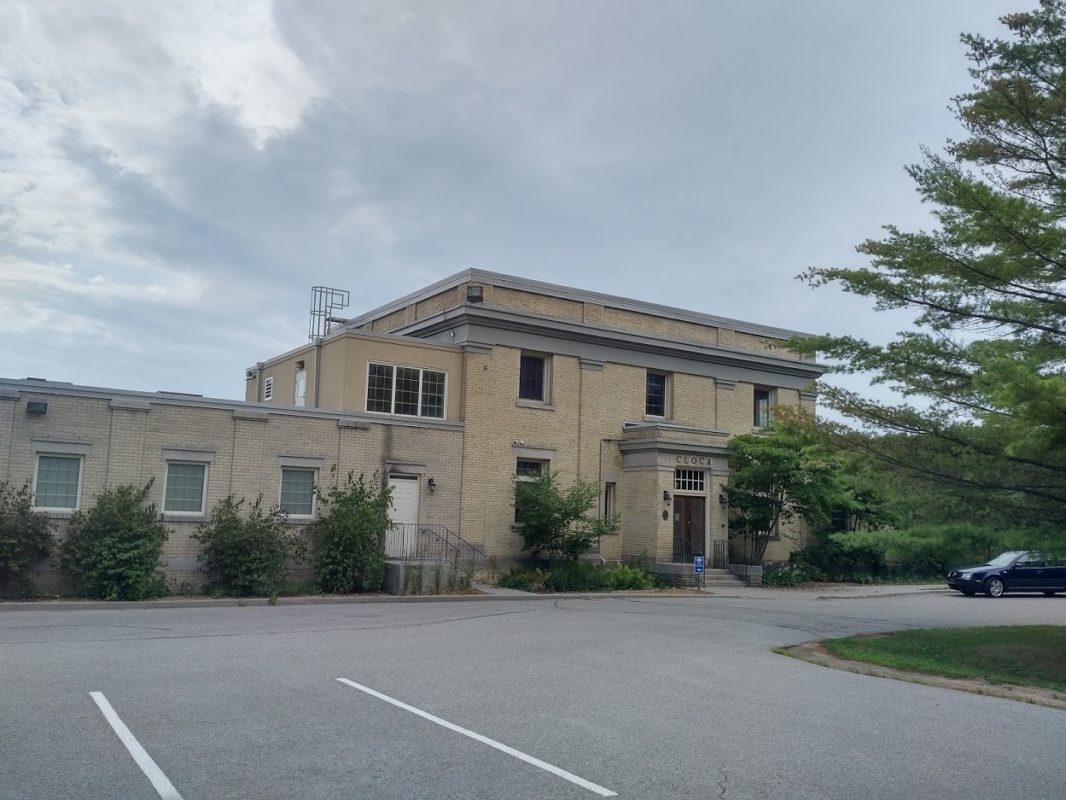 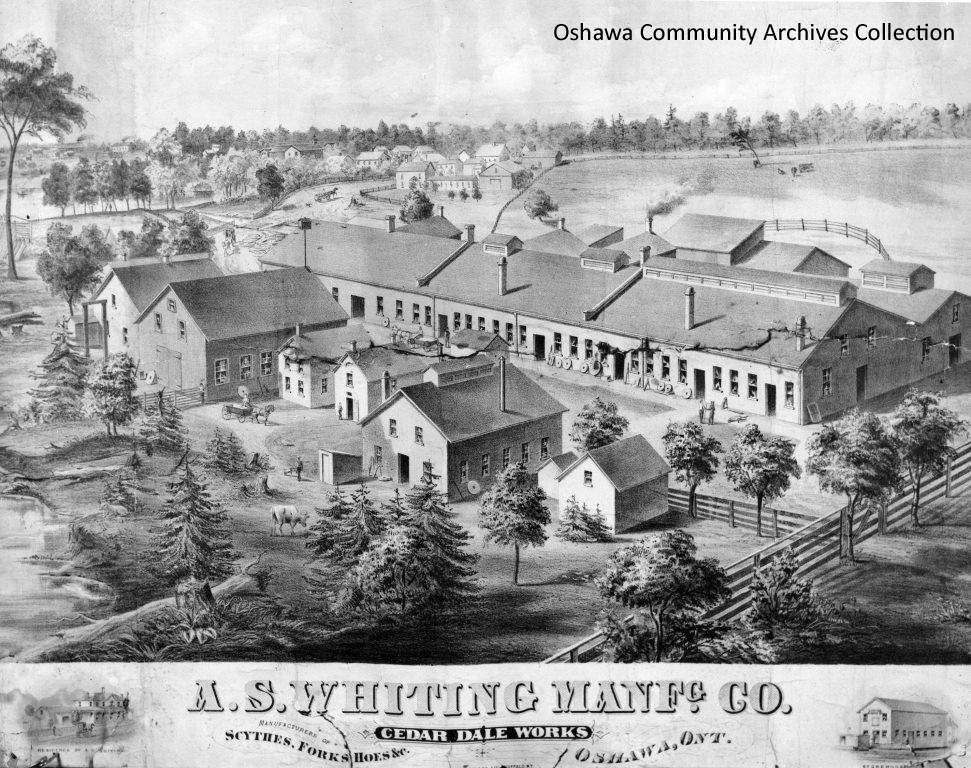 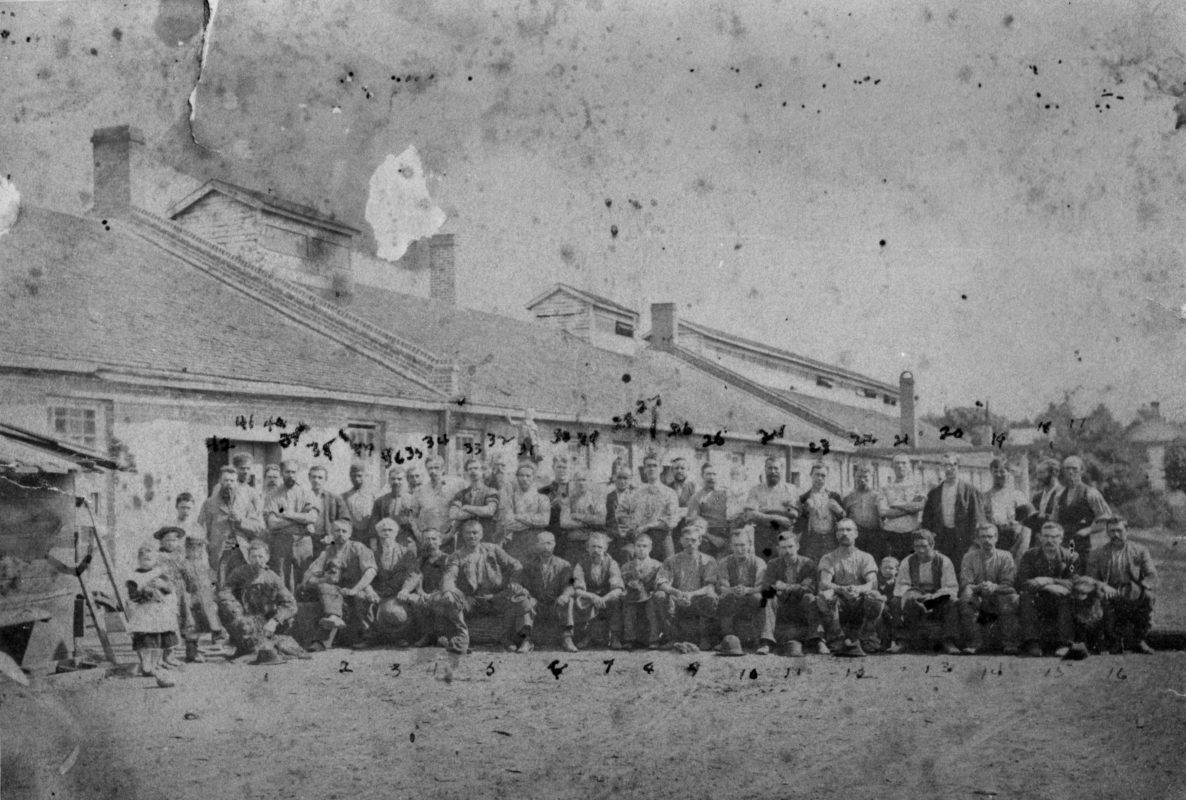 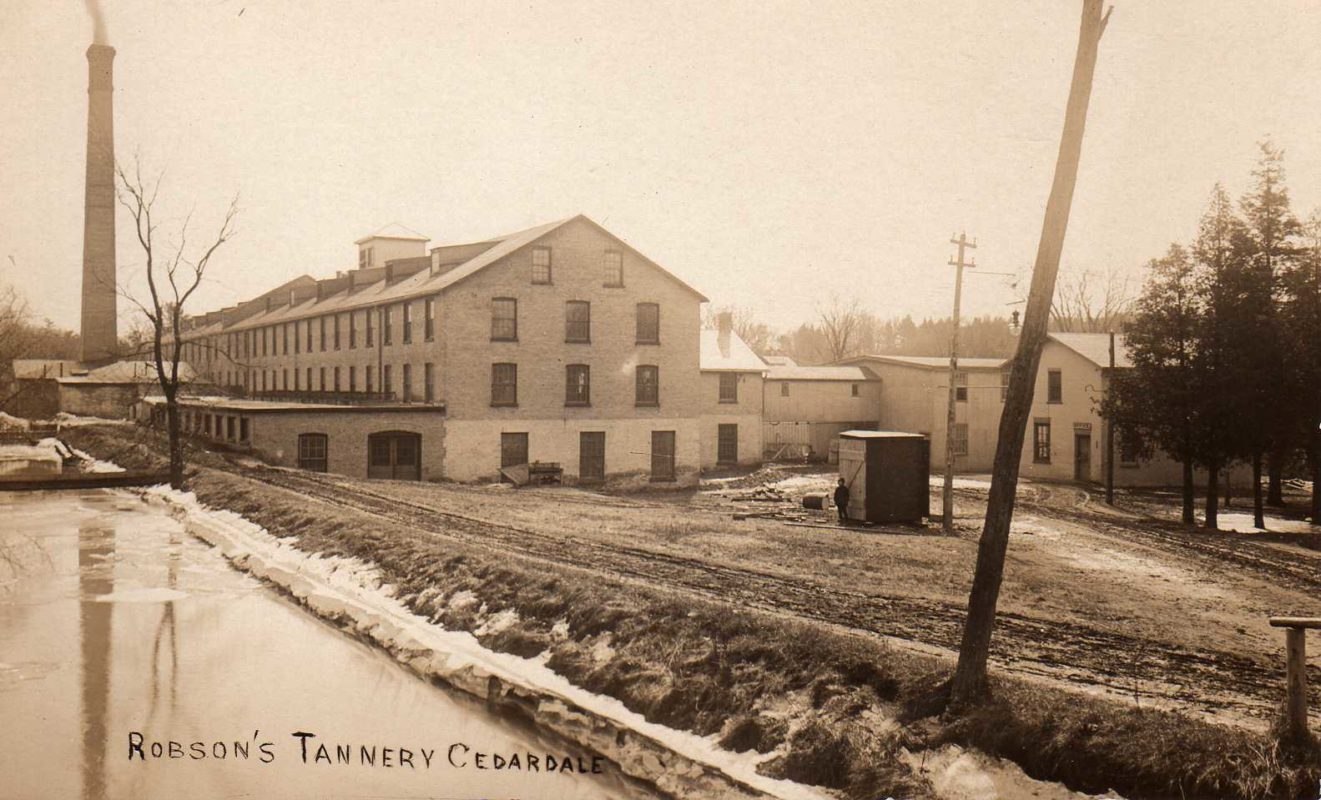 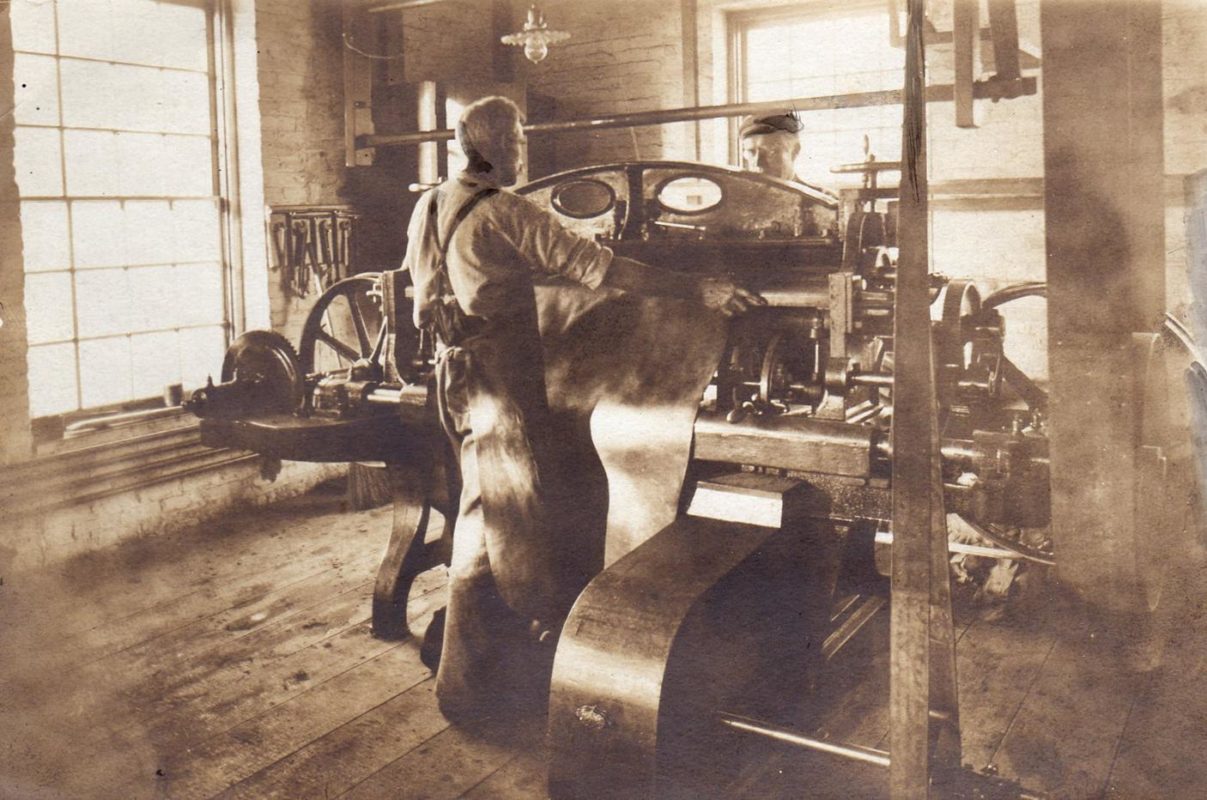 100 Whiting Avenue has a history extending back to before the area became part of Oshawa.

A. S. Whiting came to Cedar Dale, a village along Simcoe Street south of Bloor, following the failure of his Oshawa Manufacturing Company. He established the Cedar Dale Works near the Oshawa Creek in 1862. Cedar Dale Works, later known as the A. S. Whiting Manufacturing Company, produced metal farm implements. By the 1890s the company had gone out of business, having failed to adapt to the mechanization of farming. However, the site would not be abandoned for long.

In 1899 the site was reopened as the Robson Tannery. James Robson had purchased the Bartlett Tannery in 1865, and had been forced to relocate to Whiting’s former factory after a fire destroyed the original site. The reopened Robson Tannery quickly established itself as one of Canada’s foremost tanneries.

In 1963 the company merged with Kitchener’s James Lang Leather Company to form Robson-Lang Leathers Limited, but this did not extend the business’ life much longer. The site’s industrial history comes to an end when Robson-Lang closed up its Oshawa operations in response to a drawn out strike in 1977. However, its industrial legacy, the chemicals that had been carelessly disposed of, lingered longer in the form of environmental degradation and health problems for former employees.

In an ironic twist part of the industrial site has been renovated to serve as the head office of the Central Lake Ontario Conservation Authority. In its new role the site helps maintain the health of the Oshawa Creek and other rivers that drain into Lake Ontario in this area. 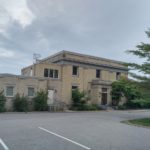 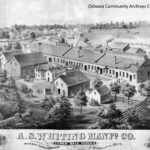 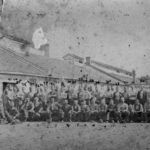 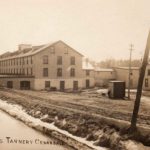 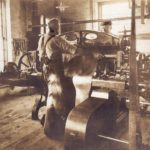