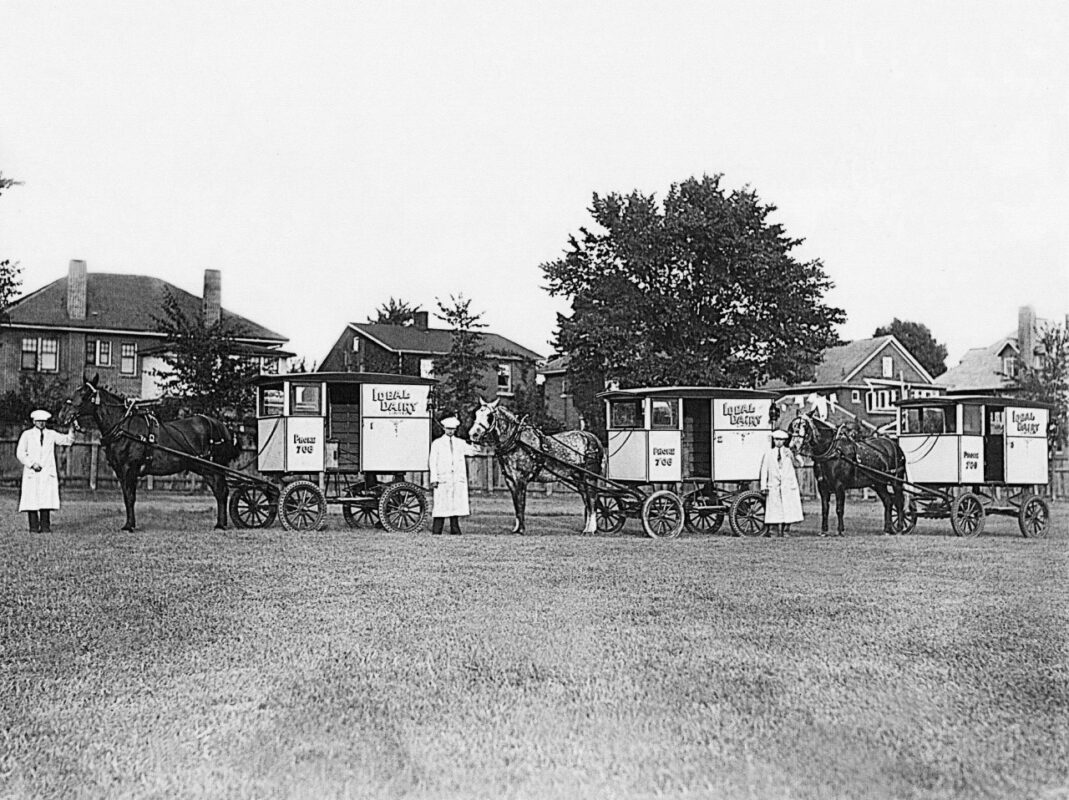 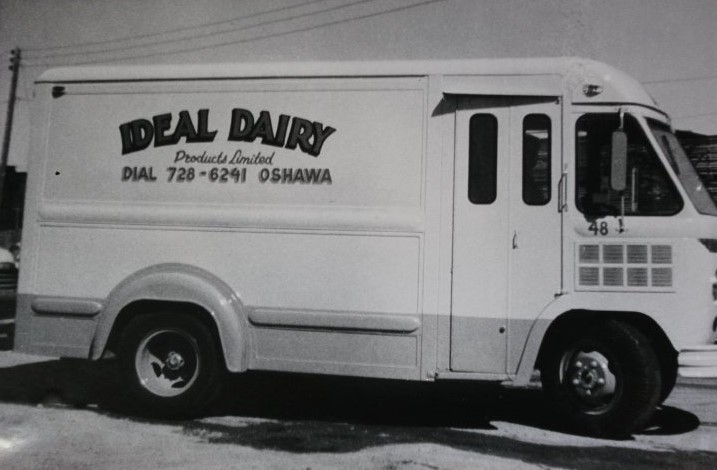 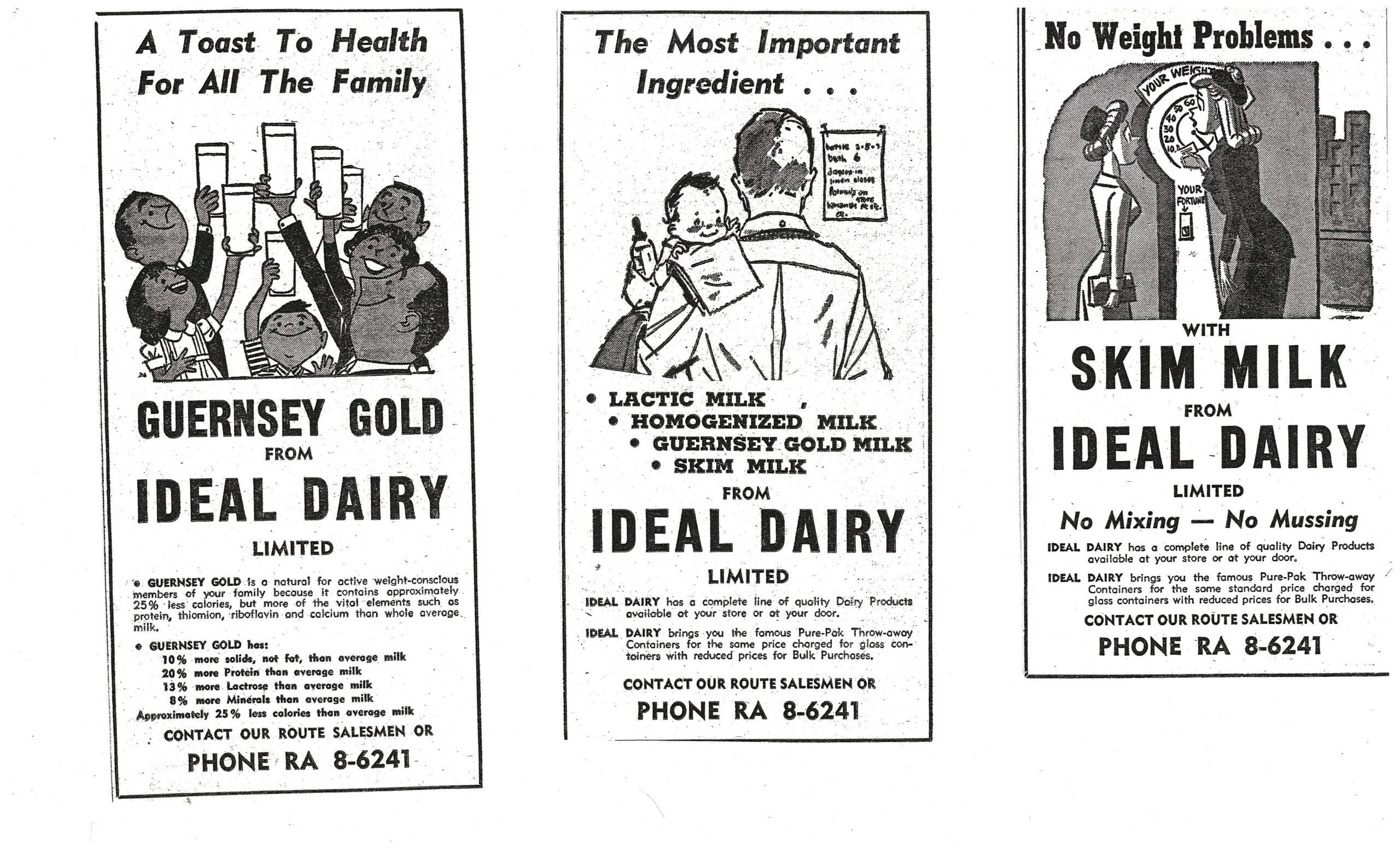 Ideal Dairy was formed in 1931 as a private company by a group of dairy farmers, which included: Lloyd Gifford,  Lyman Gifford, Stanley Bagg, Edgar Pascoe, Harold Werry, Clarence Werry, R. Bennett, and others. At its outset, the dairy had four employees.

The milk processing plant began from a building on 293 Mary Street North, and they began with 4 delivery wagons. In 1947, they moved to larger plant at 110-112 King Street East. Through the years, the business continued to expand, and another move was made to 390 Ritson Road North in 1958.

Over the years, Ideal took over a number of smaller dairies: Gimbletts Dairy (Oshawa) in 1942; Ajax Dairy in 1963; and, Oshawa Dairy in 1967. With the purchase of Oshawa Dairy,  Ideal became the largest and only local dairy left in Oshawa.

In his book, What Happened to our Milkman, John A. Konarowski stated, “During my interviews with many people it became obvious that the success of the Ideal Dairy was due to the astuteness and foresight of their management.” 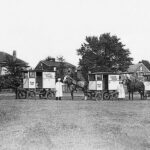 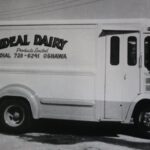 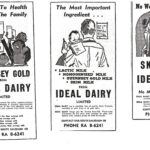