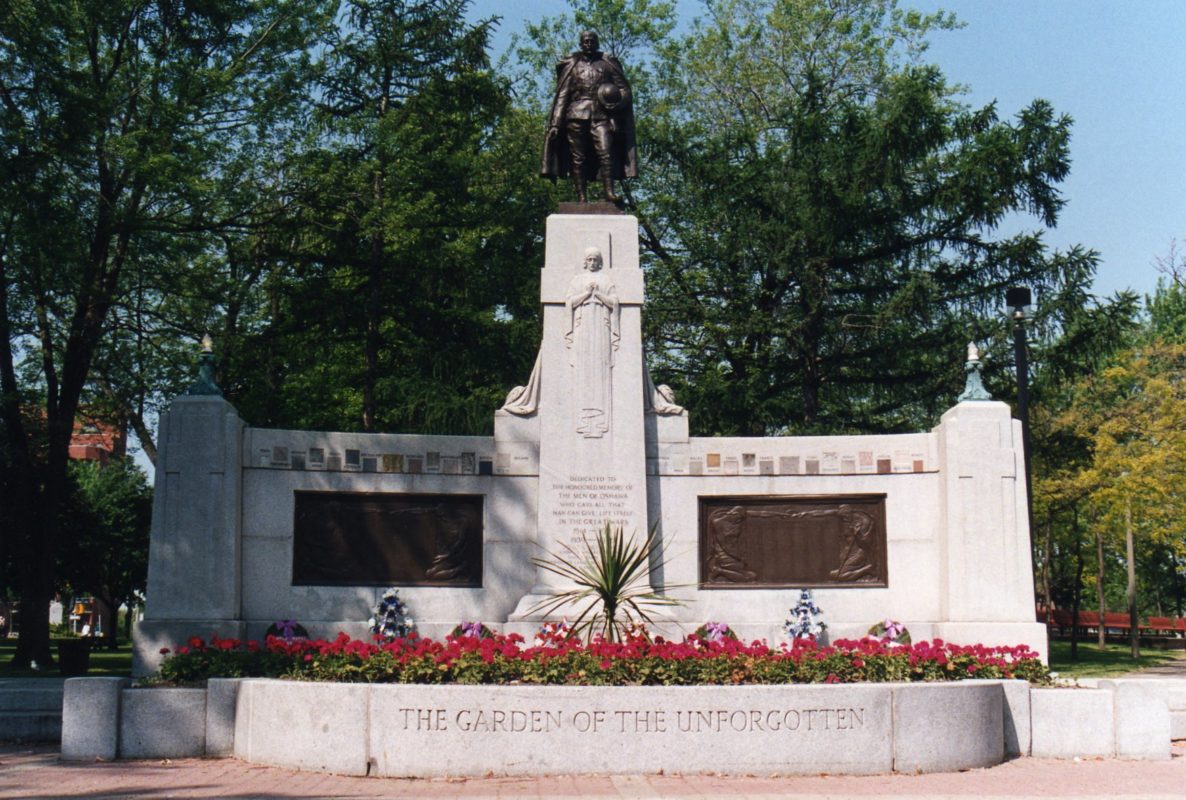 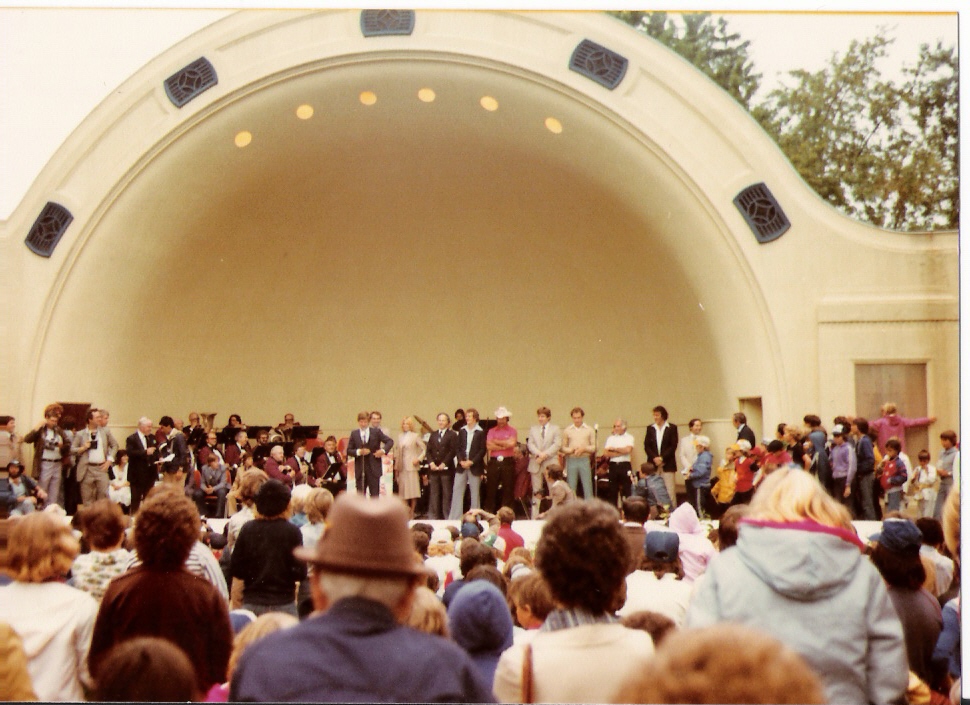 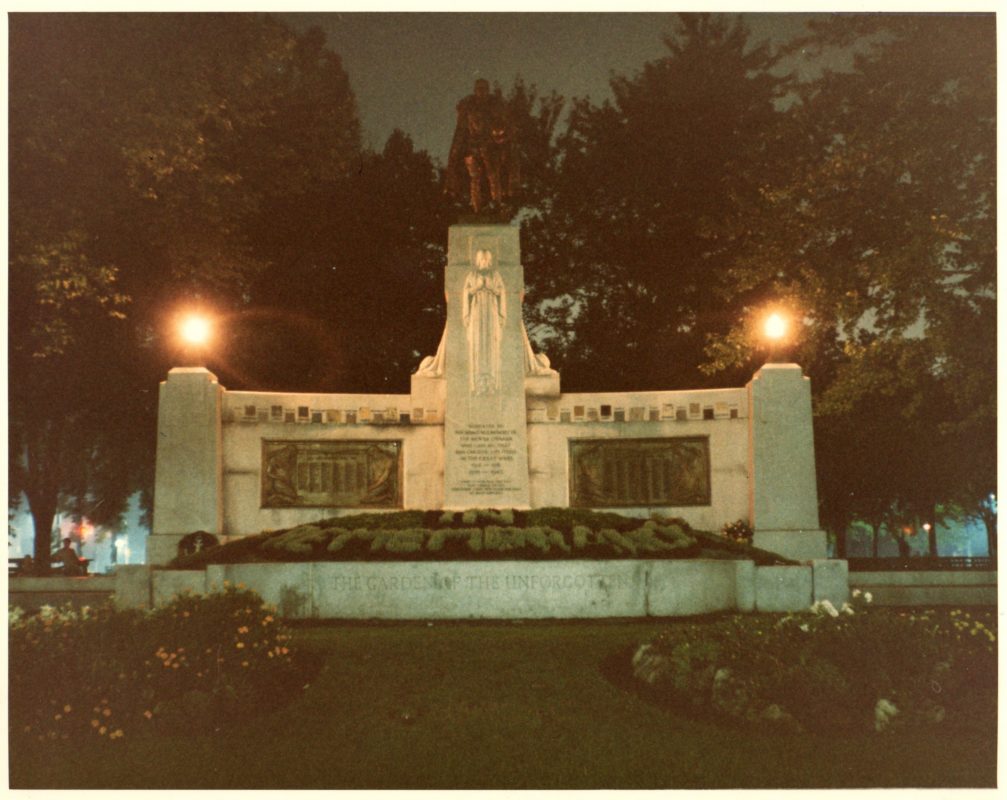 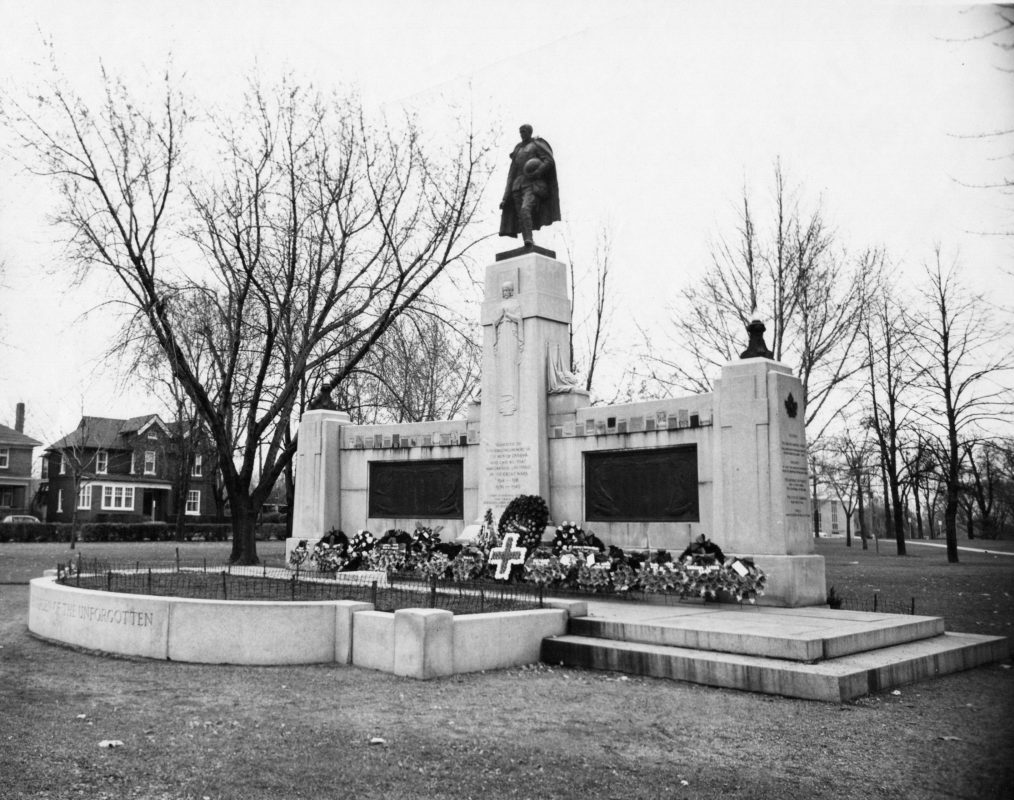 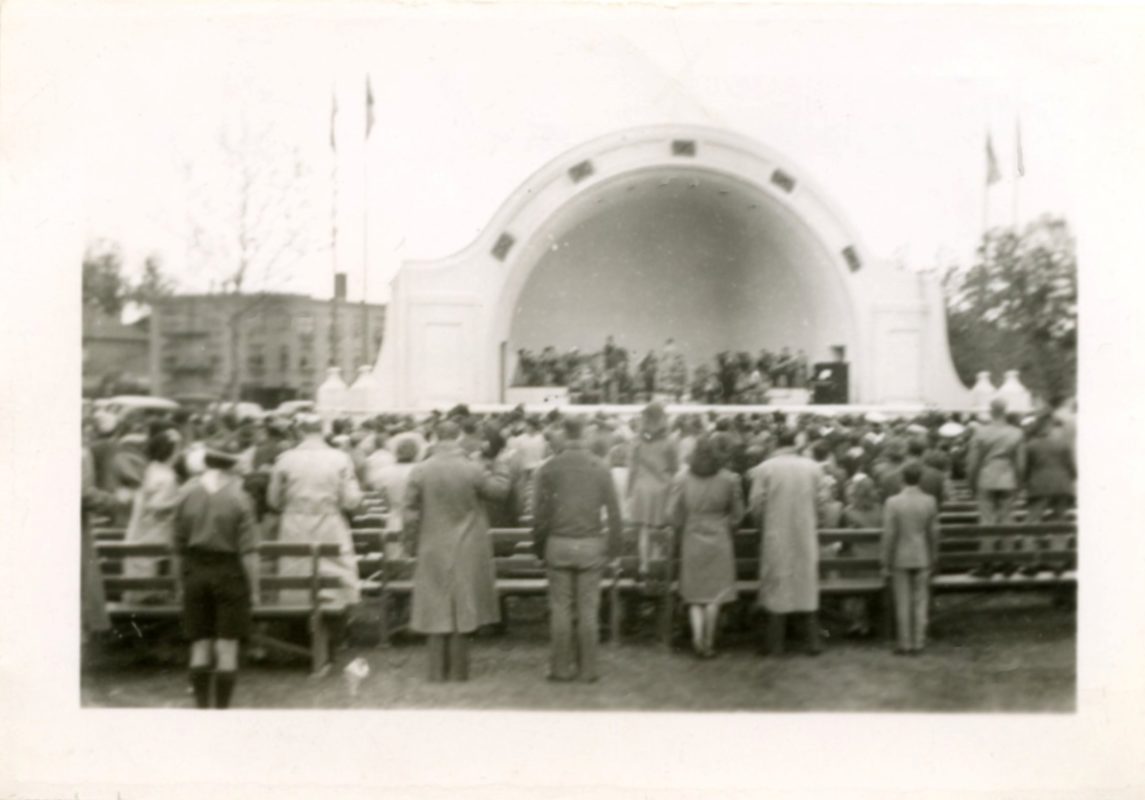 Home to the War Memorial and the McLaughlin Band Shell, Memorial Park makes up the cultural heart of downtown Oshawa.

The War Memorial, unveiled on Remembrance Day 1924, can largely be credited to Dr. T. E. Kaiser. He lead the fundraising and letter writing efforts to get the memorial built, he also examined the designs of war memorials from around the world and selected the design of a memorial in Evesham, England, as the basis for Oshawa’s War Memorial. He also acquired stones from every allied nation of World War One, as well as from the battlefields on which Canadians fought.

In 1942 the McLaughlin Band Shell was opened. It gets its name from R. S. McLaughlin, who footed the bill for its design and construction after he was informed of the need for a place for the Ontario Regiment’s band to perform. The murals were added to the band shell in 1996.

It was also the second site of the Pedlar People LTD. factory, which operated at the corner of Simcoe and Metcalfe from 1892 to 1920. Today there is a plaque in the park commemorating the factory and the role of Pedlar People in Oshawa’s industrial history. 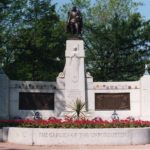 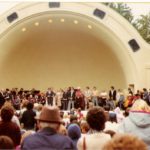 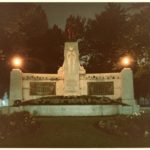 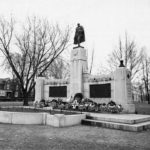 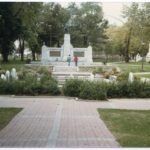