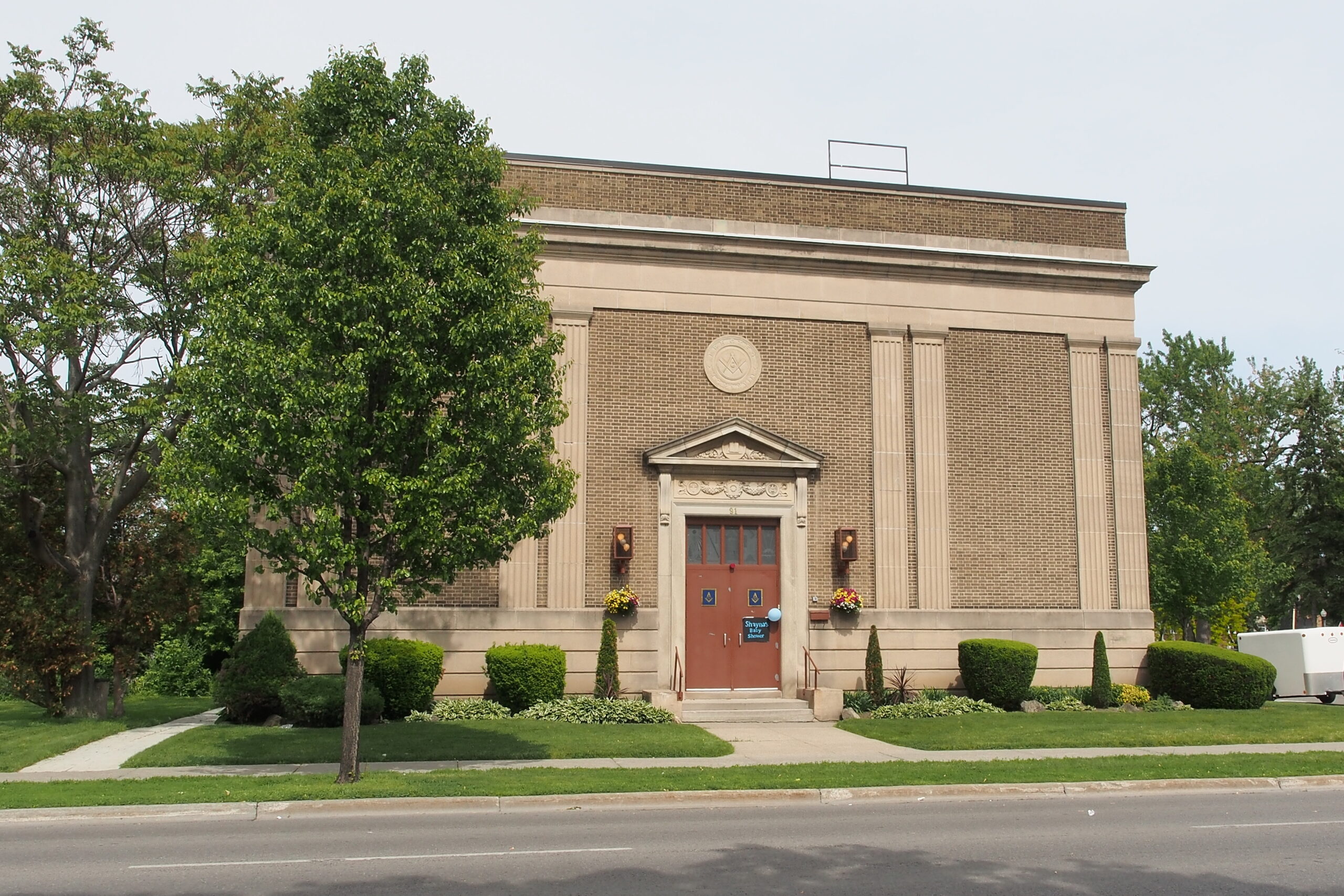 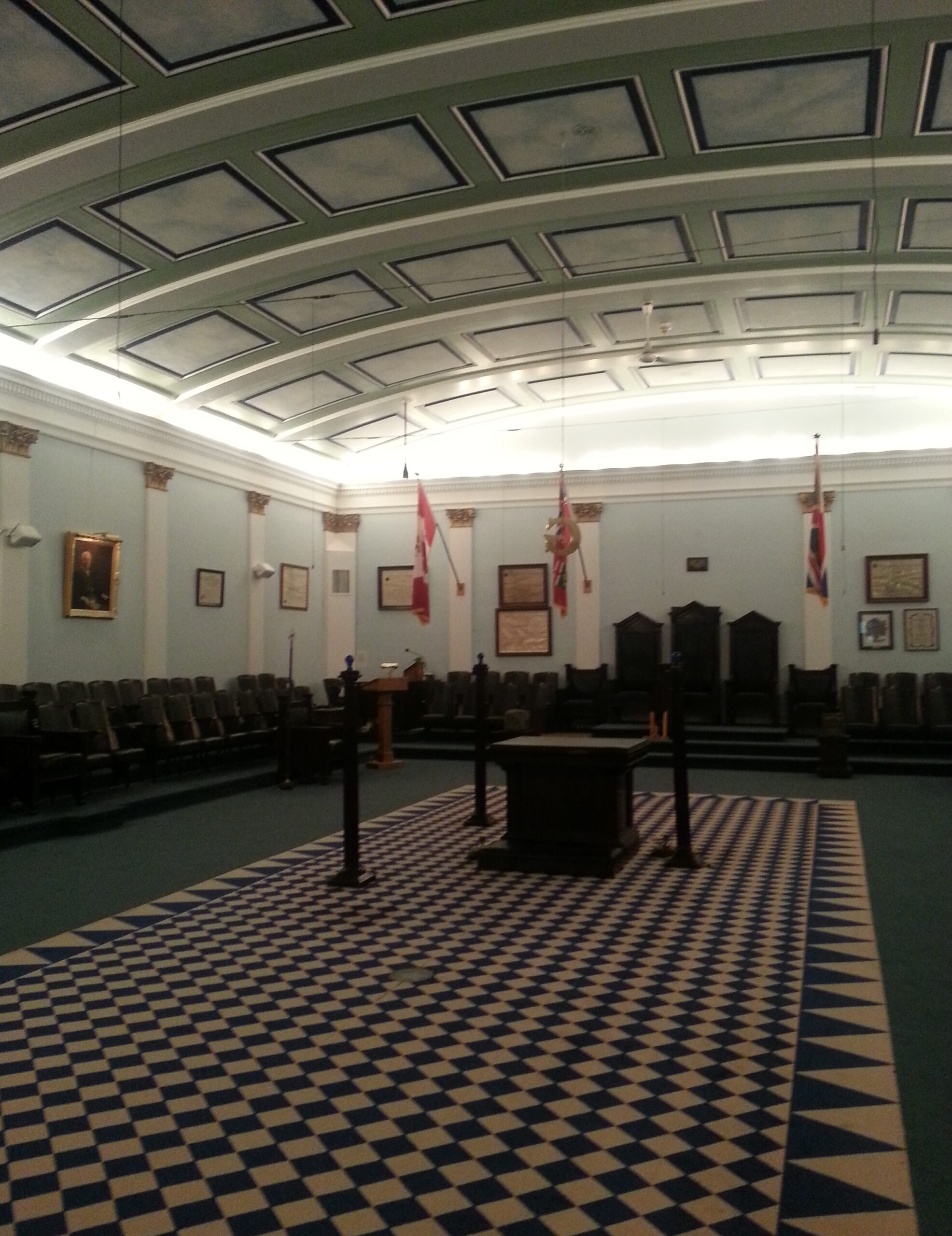 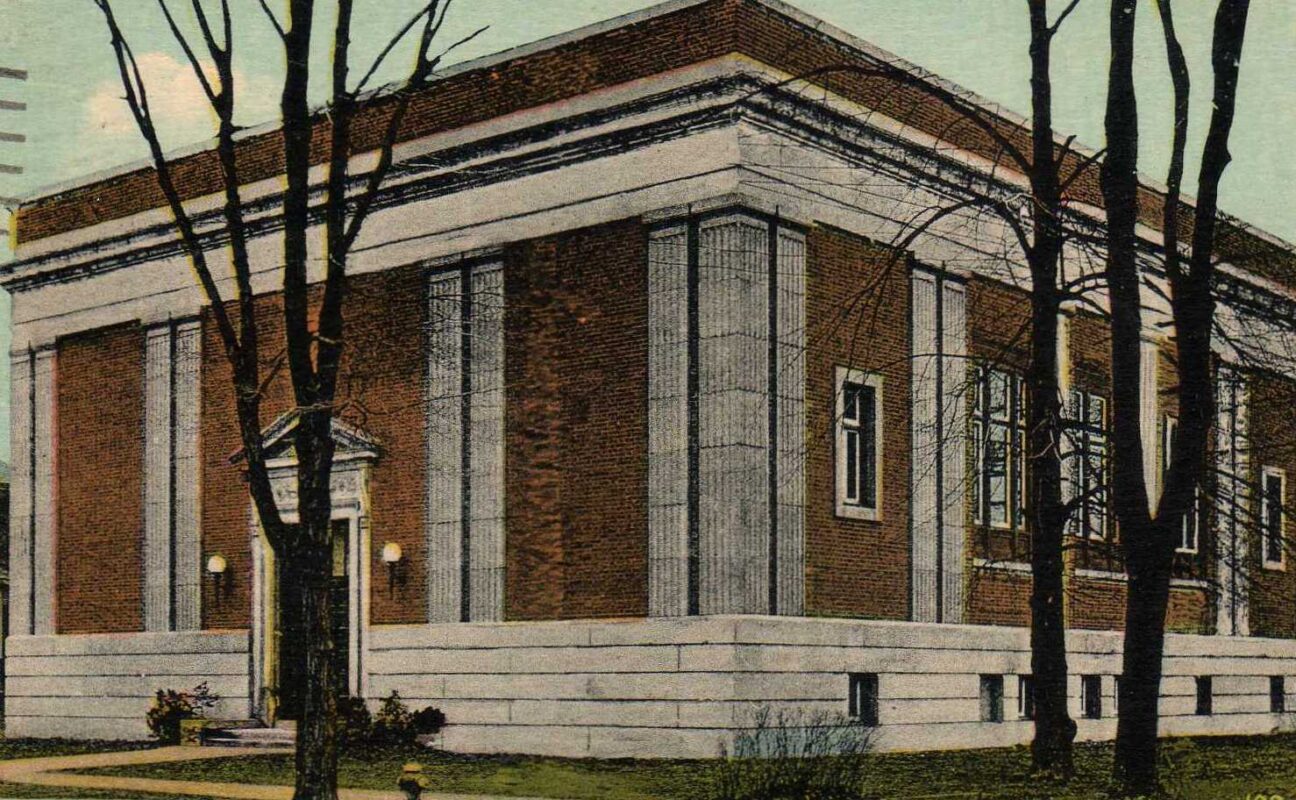 Freemasonry in Oshawa has its roots in Whitby. According to the minutes of 1843, Unity Lodge in Whitby split into two sections: one section followed Alva Annes, who first met at his house then moved to Pickering to meet at Asa Post house;  the second section followed Ezra Annes decided to move to Oshawa and “to be holden at the house of Richard Woon, Sign of the Oshawa House.”  They continued to meet here from September 1843 until July 1845, this being the first Masonic Lodge to meet in Oshawa.

Lebanon Lodge received its charter in 1861.  At that time the meetings were being held at the Sons of Temperance Hall on Simcoe Street South.  That building no longer exists.  About 1864 or 1865, the meetings were held in Corinthian Hall located at 6 King Street East.  In 1872, the lodge changed from Corinthian Hall to a hall over the Western Bank that stood at the northeast corner of King Street East and Simcoe Street North.  Then in 1890 they moved to 1 Simcoe Street South.

The question of a new Masonic Hall was again raised in 1927, when Dr. T. E. Kaiser submitted a proposition, which involved turning over a piece of property, on King St. E., to a Temple Company and selling enough stock to finance the building of a new Masonic Hall.  The King Street location was not chosen, but instead, land was purchased on the northeast corner of Centre and Metcalfe Streets.   This site at Centre and Metcalfe was celebrated because it paid ‘tribute to the beautiful war memorial within sight of [the new temple].’  An initial $5000 was advanced for the purchase of the site by Very Worshipful Brother RS McLaughlin.

In 1928, the cornerstone of the new Masonic Temple was laid; the construction contract was awarded to the WJ Trick company.  The local newspaper boasted “When completed, the temple will be one of the finest of its kind in the province and a splendid addition to the beautiful buildings of the City.”   The building was completed and the Lodge room dedicated in 1929.  Approximately 500 Masons were in attendance when the lodge was opened.

The Masonic Temple was built with the intention of being both a meeting place for Masons, as well as a community meeting place.  Inside the Temple, there are Masonic quarters, an anteroom, lodge rooms, and regalia room, as well as a banquet hall, auditorium and projection room.

Centre Street South 91
Oshawa L1H 4A1 ON CA
Get directions 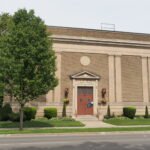 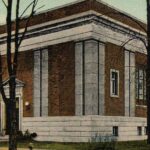