This was the home of Ernie Marks.

Ernest “Ernie” Marks was the youngest of the Marks Siblings, born c.1879. He joined his theatrical brothers, Joe and Alex Marks (Marks Brothers A-1 Company), when he was 19 years of age. On August 7, 1901 he married Katherine (Kitty) Reynolds of Brockville. Ernie and Kitty joined Joe Marks Company and toured with them throughout the United States until late March 1902.

Ernie gained a reputation as a first class comedian and Kitty for her singing and dancing. Ernie, Joe, and company continued touring throughout the years In Northern Ontario. Mack took the plunge and joined his brothers Ernie and Joe in Guelph. Ernie and Mack Marks started a new company, and in late October 1905, Ernie was playing Oshawa: “Ernie Marks is without a doubt the best Marks Brothers Company that has visited Oshawa.”

Ernie and Mack played Stratford in December 1905. Kitty toured as the leading lady in husband Ernie’s stock company. A talented singer and comedienne, she is reported to have been the first female performer to play the Balderson Theatre in Perth, the “finest theatre between Toronto and Montreal.”

Kitty and Ernie Marks closed their company around 1922 and moved to Oshawa where they bought an old movie house, The Martin Theatre, which would become the Marks Theatre. Ernie went on to become one of the most popular mayors to ever hold the office in Oshawa. He remained active in Oshawa until his death in 1952. Kitty remained in Oshawa until her death in 1962. In a 1958 MacLean’s article, Kitty was quoted as saying, “Oshawa is still my home. I have always liked the city.” Their son, Ernest, followed in his father’s footsteps, serving as mayor in the 1960s, the only father & son to have held the office, and Ernie’s great-grandson, Bradley, was elected city councillor in 2018 for Ward 3. 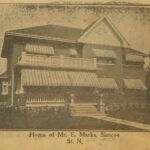 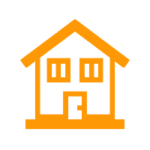